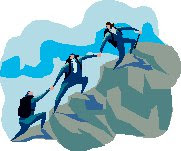 The matter is (probably) closed.  I will continue to report on the matter if there are further developments, but I think the Lindens consider the matter closed. Probably most of the people who felt their interests affected by the action have already taken what they consider appropriate action.  My guess is that the action is as follows:


Content creators. Accept the assurances from the Lindens and the revised (if ambiguous) language of the TOS and continue to produce new products for sale on the SL marketplace.  Investigate markets in Opensim, particularly those, such as Kitely Market, that are able to deliver to the Hypergrid.  Other factors, such as the development of Second Life 2, may also be influencing content creators to look for wider markets.

Writers.  Regardless of the intent of the Lindens, writers who bring their writings into Second Life may be giving up the ability to sell exclusive rights on their work to a publisher or other buyer.  The Lindens have no experience with publishing, do not seem to understand the problem, and so are not likely to fix it.
-
Fortunately, writers do not have to bring their writings into Second Life to share them with other writers. There are plenty of other sharing resources available on the web.  Concerned writers have probably already shifted to those resources.  Other writing groups have already moved affected activities to Opensim, where the TOS language avoids claims of license-granting beyond what is needed to operate the service.
-
In the long run, writers may move largely to Opensim, but Linden Lab may not consider that a serious loss, as long as LL can keep the vampires.
-
Videographers and Machinimists.   The situation is similar to that is writers: Videos made in Second Life may be considered to be derived from content in Second Life.  Thus, regardless of the intentions of Linden Lab, the producer of such a video may not be able to sell exclusive rights to it.
-
Video production, however, has high space and prim requirements.  It also has no need for people other than the production crew.  These conditions strongly favor the use of Opensim.  As a consequence, the production of marketable videos in Second Life is probably destined to migrate to Opensim anyway.  The TOS problem may only hasten that move (as it did for me).
-
Consequences.  A number of people in Second Life have started evaluating Opensim as an alternative for some activities and for marketing their creations.  In previous years I used to respond to suggestions about Opensim, "I'm not going there unless my friends go
there."
-
Now I find that a lot of my friends are in Opensim. So I have started going there, not just to make videos, but also to meet with friends, report on Hypergrid places, and do a little building.    I still go to Second Life for events--that is where all the people are.  But a lot of us are seeing Opensim as a viable alternative to Second Life-- at a much lower cost.

Opensim/Hypergrid market as a second outlet

2014 Project SciFi Competition in partnership with Screen My Shorts and sponsored by the Parramatta City Council is giving filmmakers, Machinima makers and animators 30 days to write, shoot, edit, produce and upload a 3-10min short film with $5,500 (Australian Dollars) in cash prizes.

All films that enter into this years Project SciFi will be screened at Riverside Theatres.  Teams must register by 3rd October 2014 and nominate 2 scifi subjects that they would like to make their film about. For registrations visit ...

Email ThisBlogThis!Share to TwitterShare to FacebookShare to Pinterest
Labels: IPR