The Bread and Roses Strike took place in Lawrence, Massachusetts in 1912. It was a landmark in the history of American labor, and gained the attention of the nation. This site tells you about the strike itself, and helps you understand the people who lived through this time. 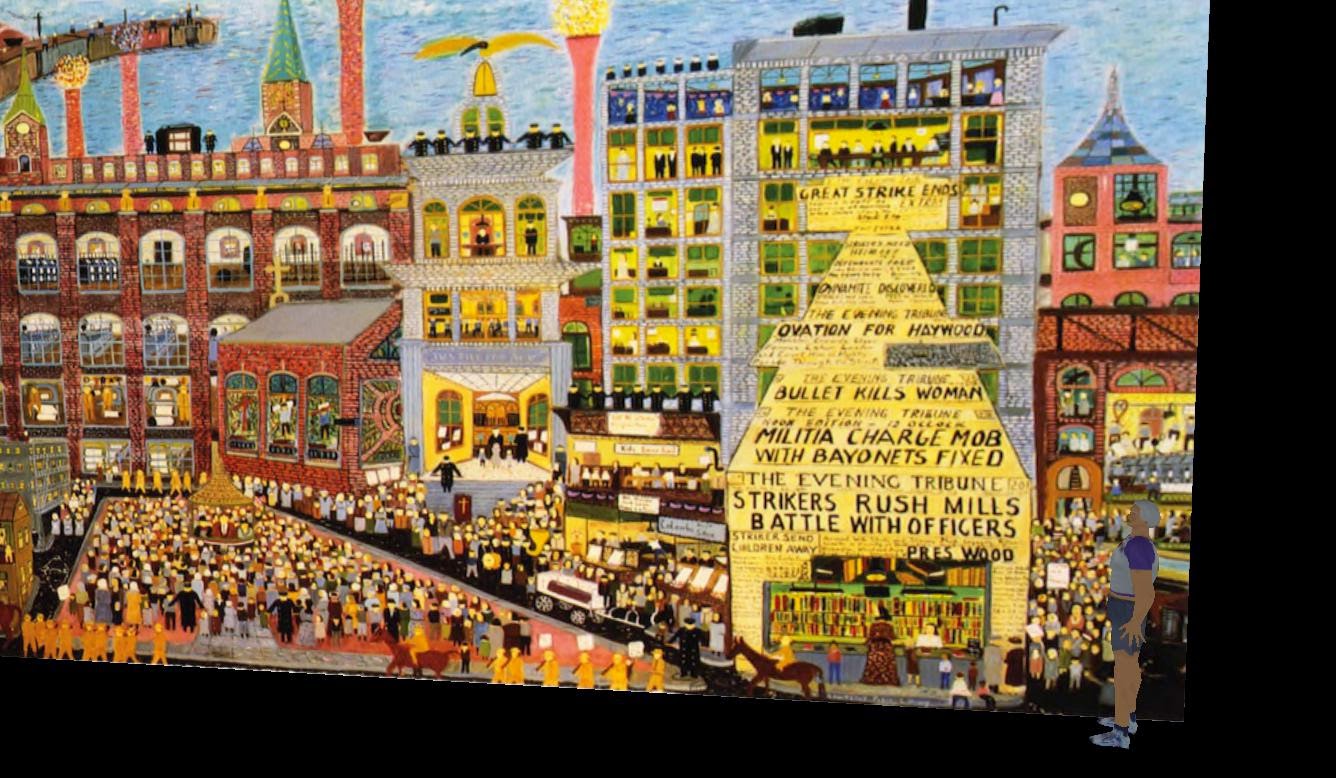 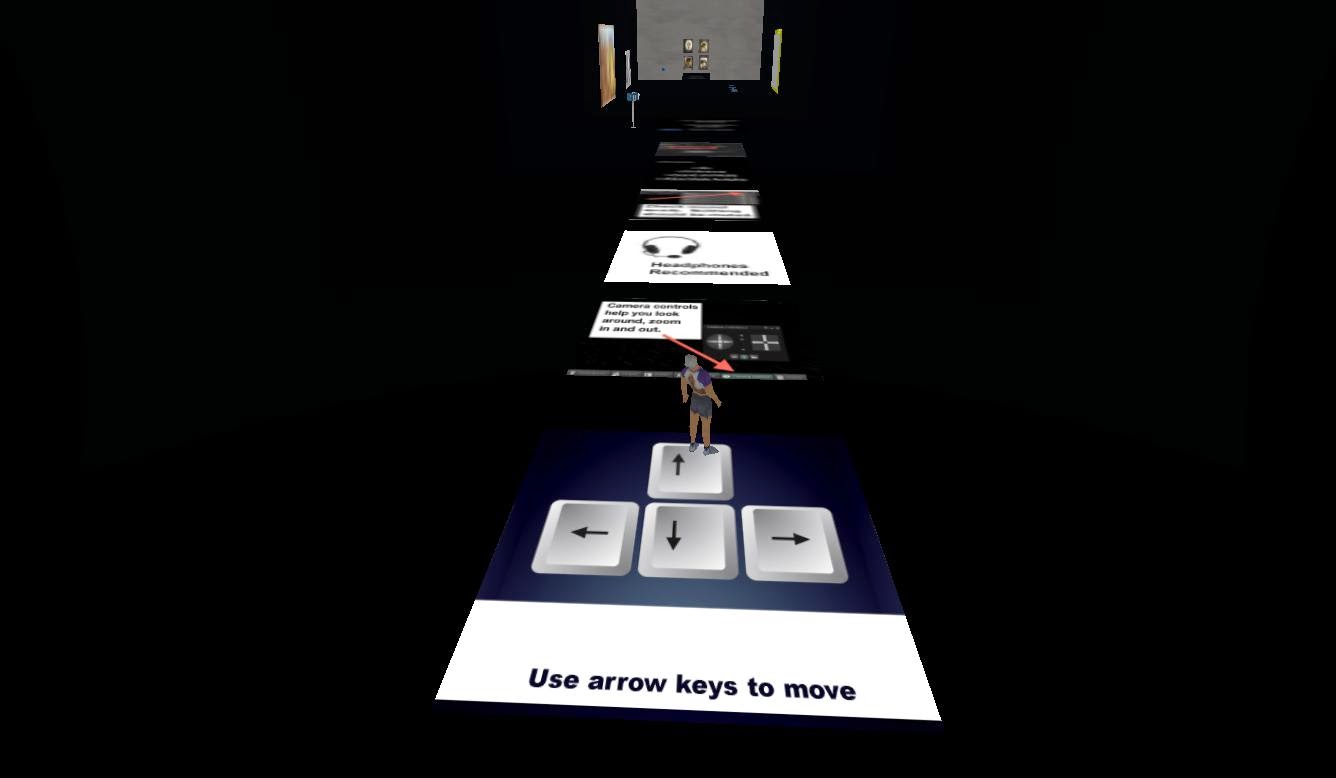 How to move in virtual worlds
-
Entry is a hallway offering basic instructions needed to interact with the scene.
- 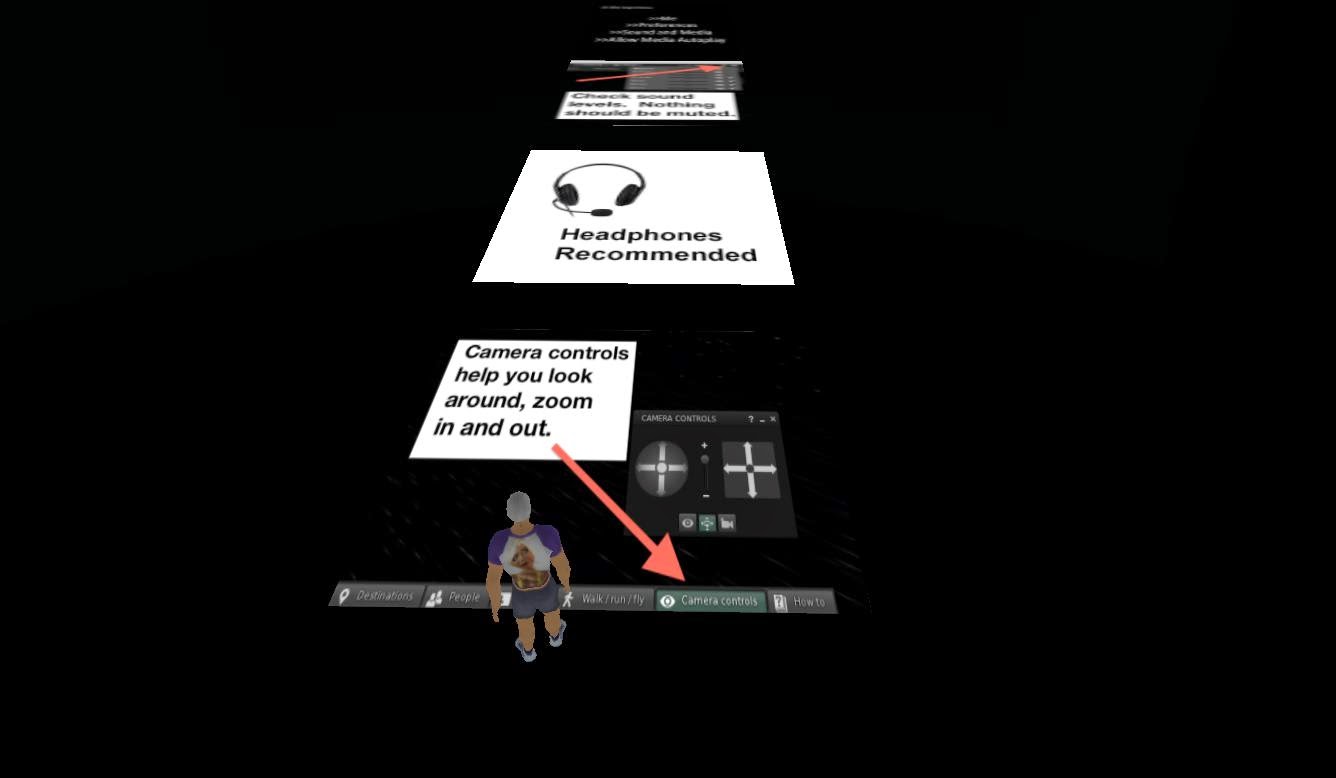 How to look around and zoom 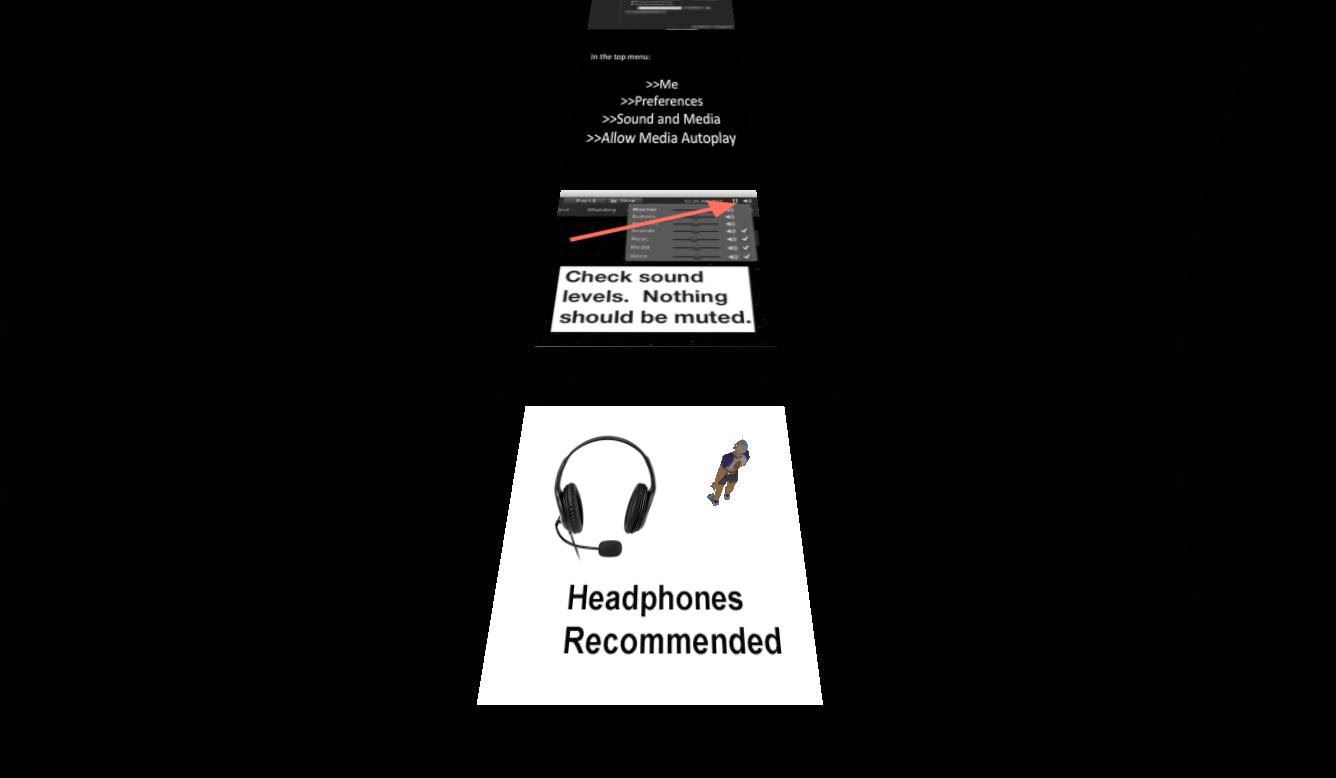 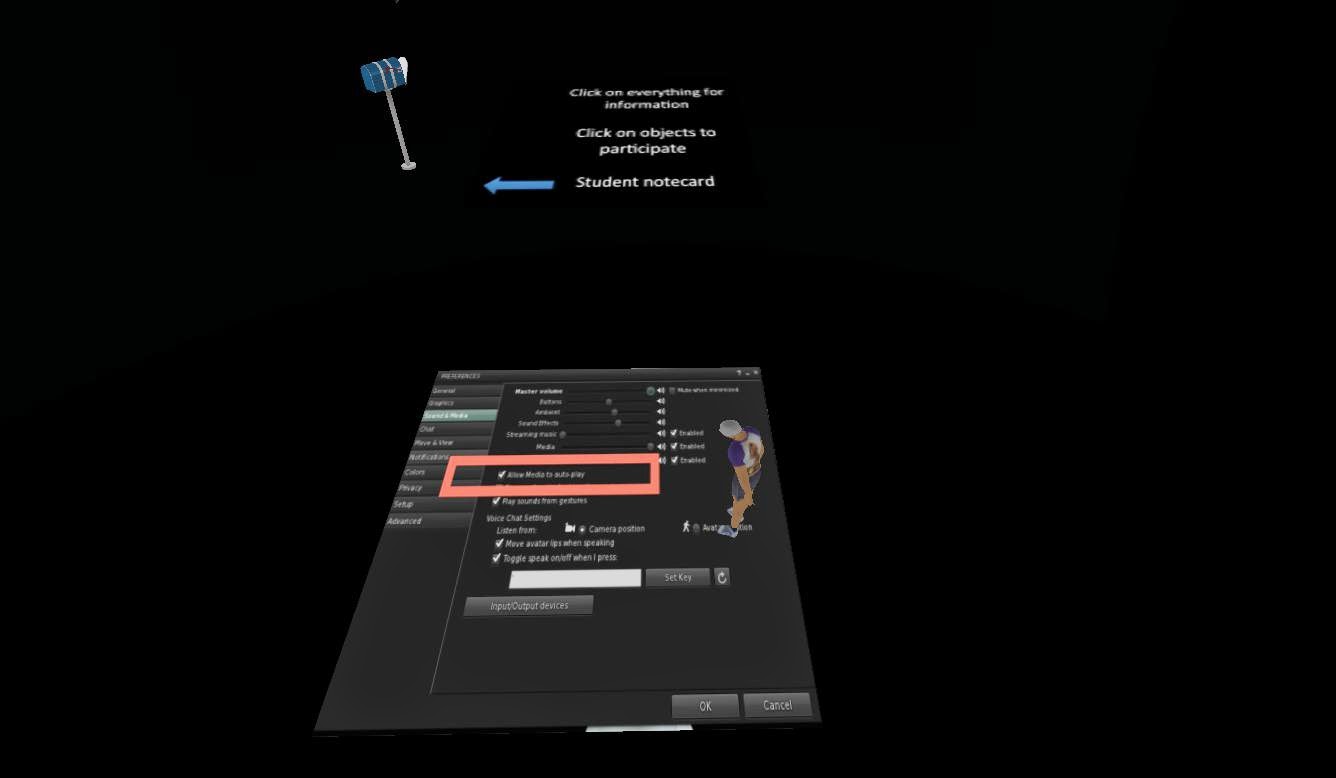 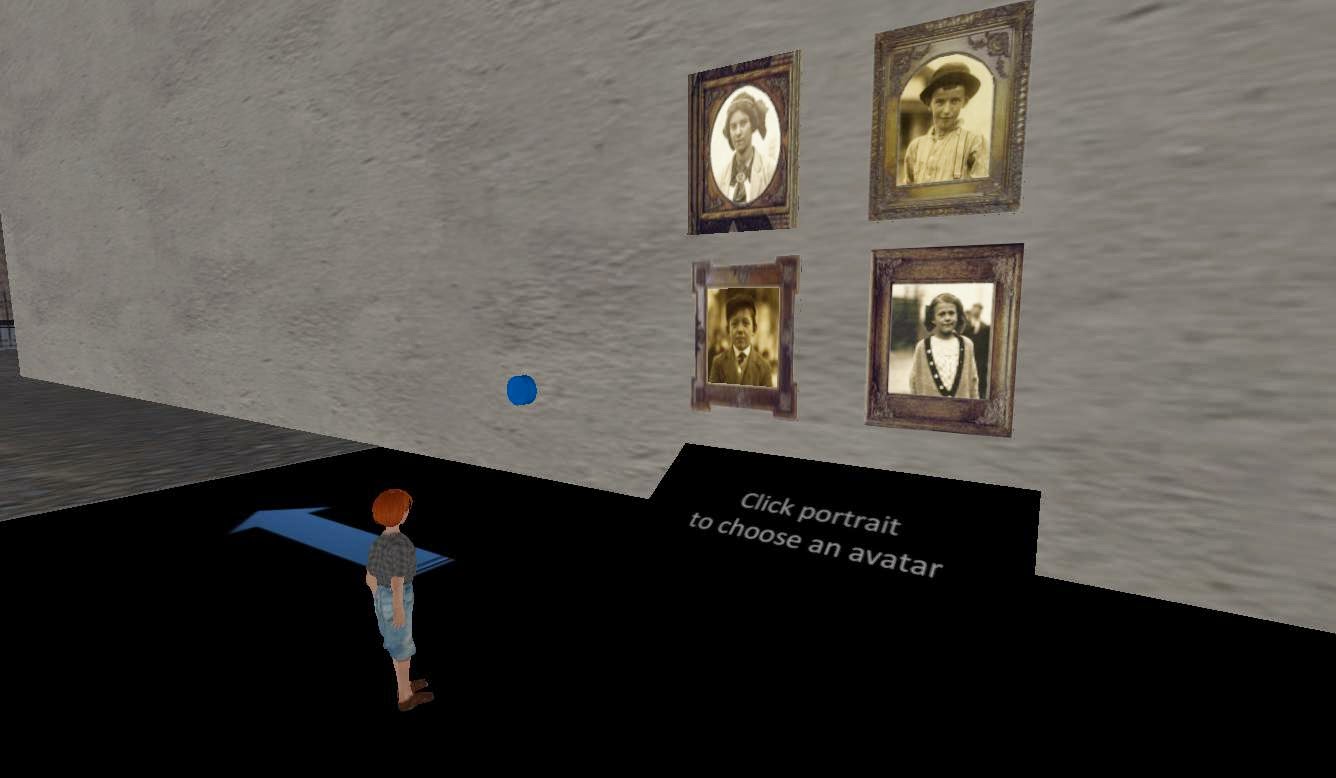 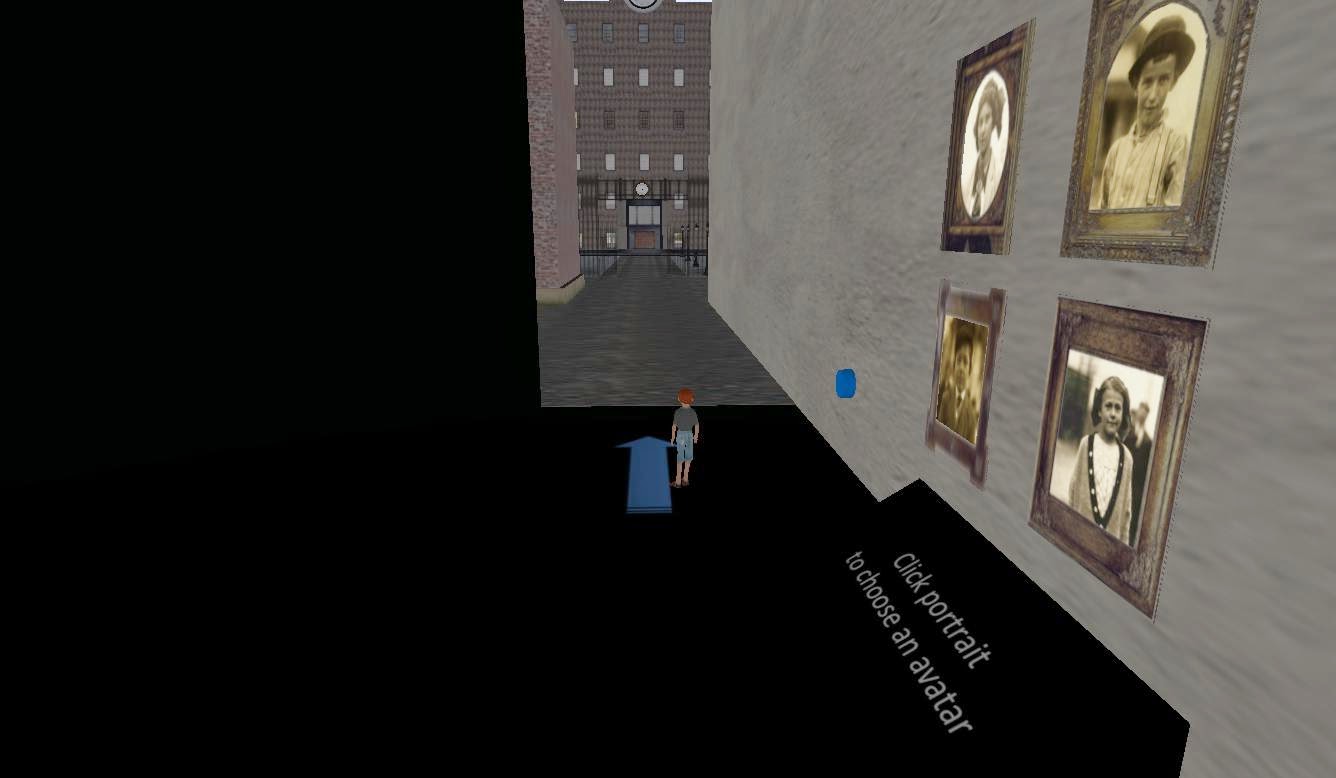 The factory is ahead
-
- 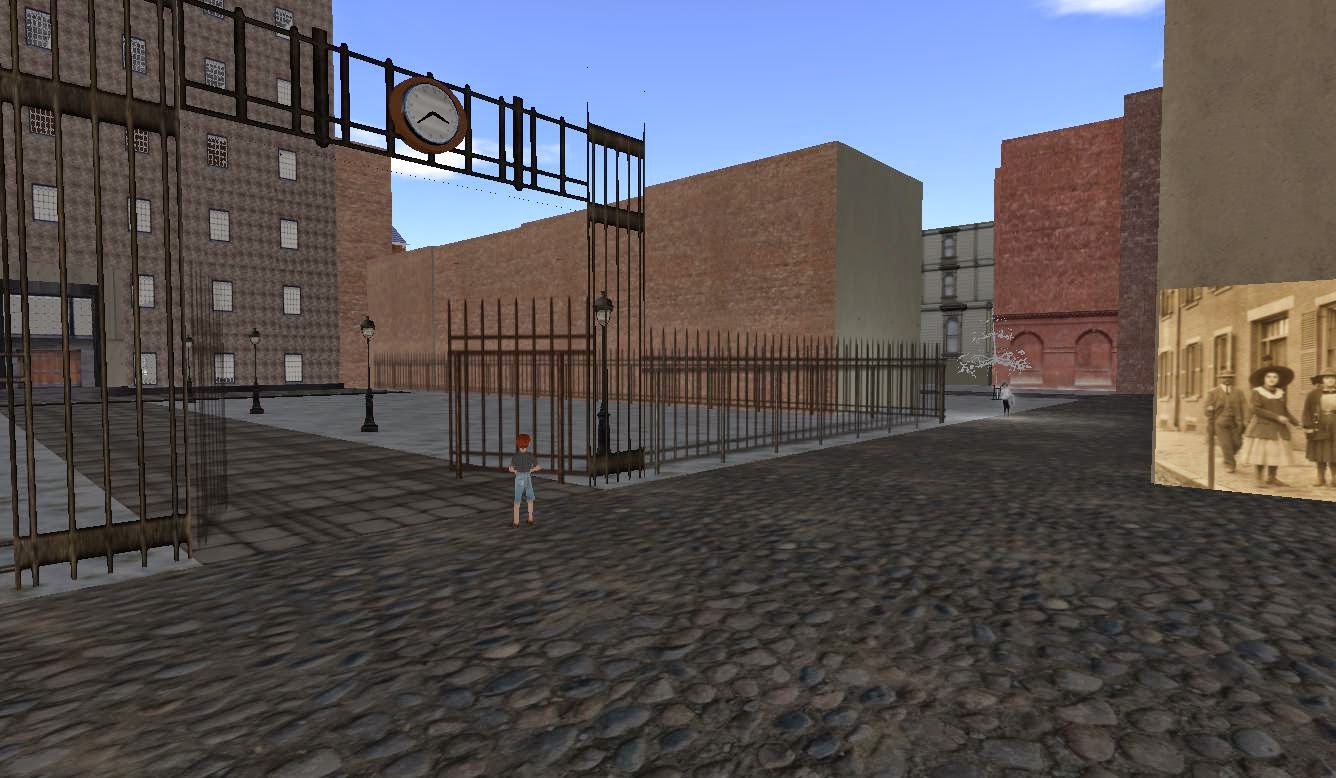 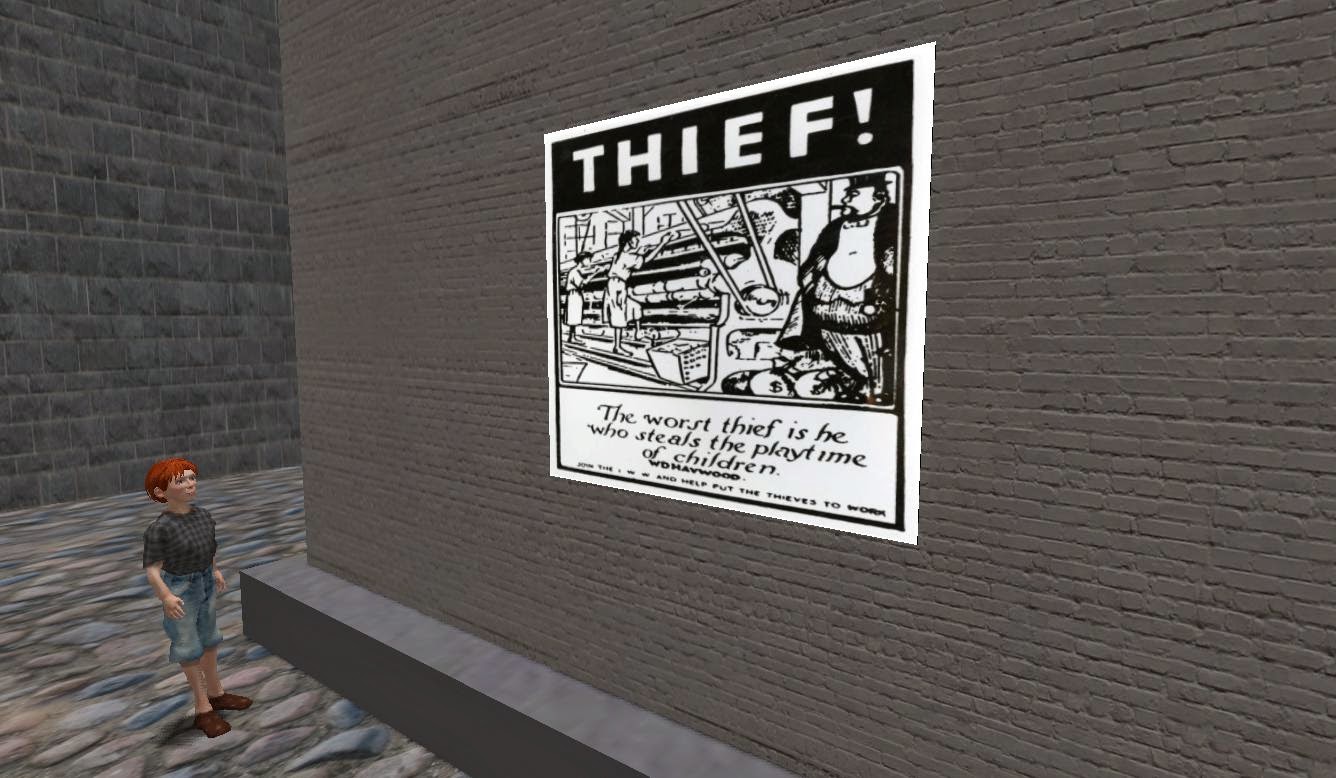 The Bread and Roses Exhibit began as an exercise for Dr. Sharon Collingwood’s Women’s Studies 110 (distance) class at The Ohio State University in the winter of 2013. The exercise grew over successive classes; it and continues to grow and change, and has been made public through a generous grant from Linden Lab.-This exhibit is not complete. It will evolve over the exhibit period, which ends December 31, 2014. Students will be adding their projects to the work, hopefully adding more perspectives and historical depth.-The main point of this exhibit is not to give a detailed analysis of the strike itself, but rather to examine a point in history. Students are asked to think about the similarities between 1912 and or own time, and to think about the conflicts of gender, class, race and culture  that arise in this and any historical period. 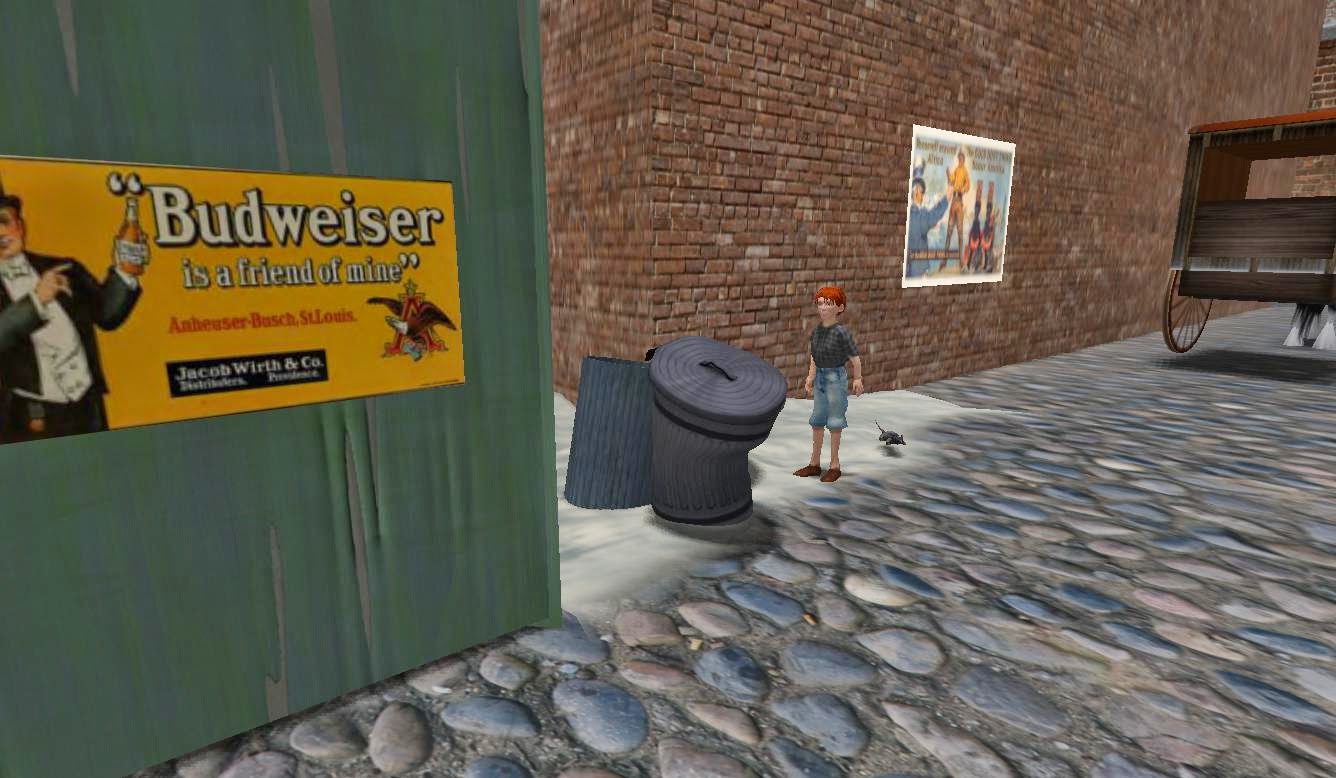 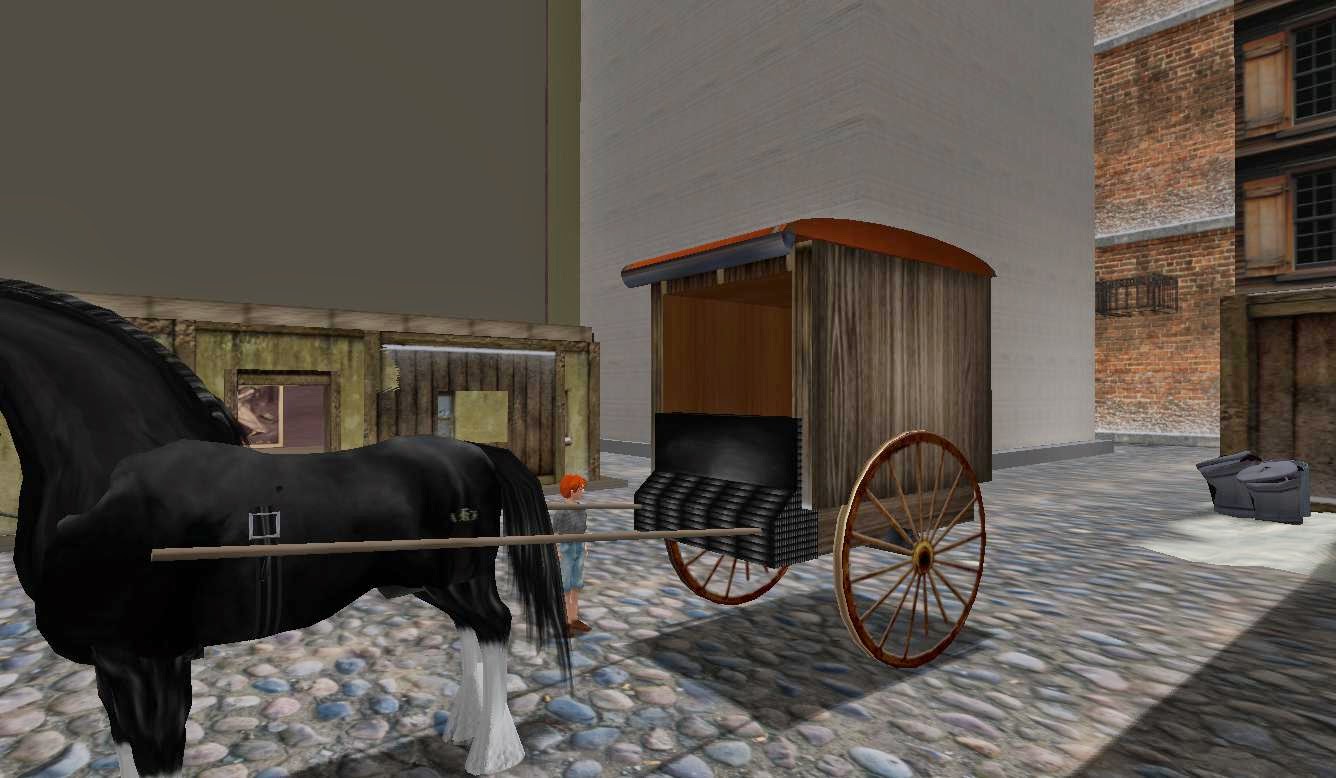 They deliver bread in this wagon
-
- 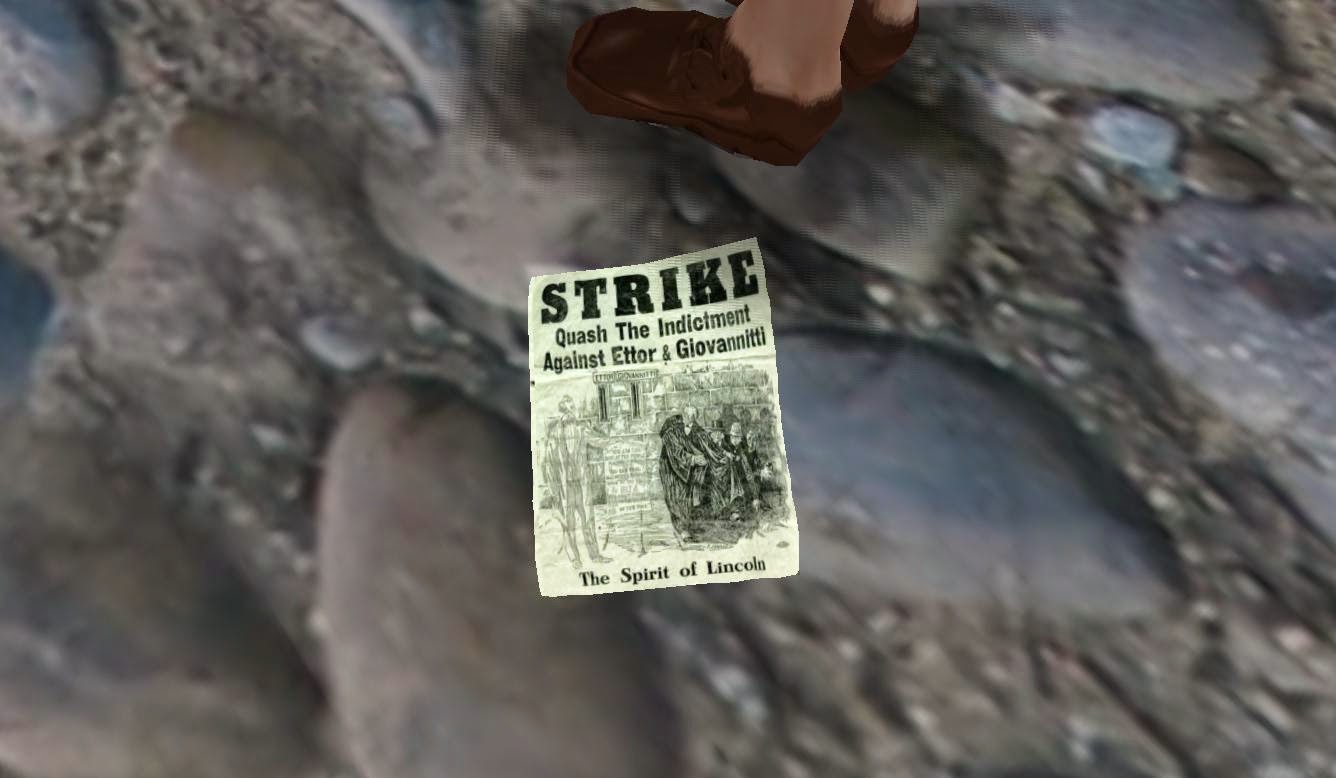 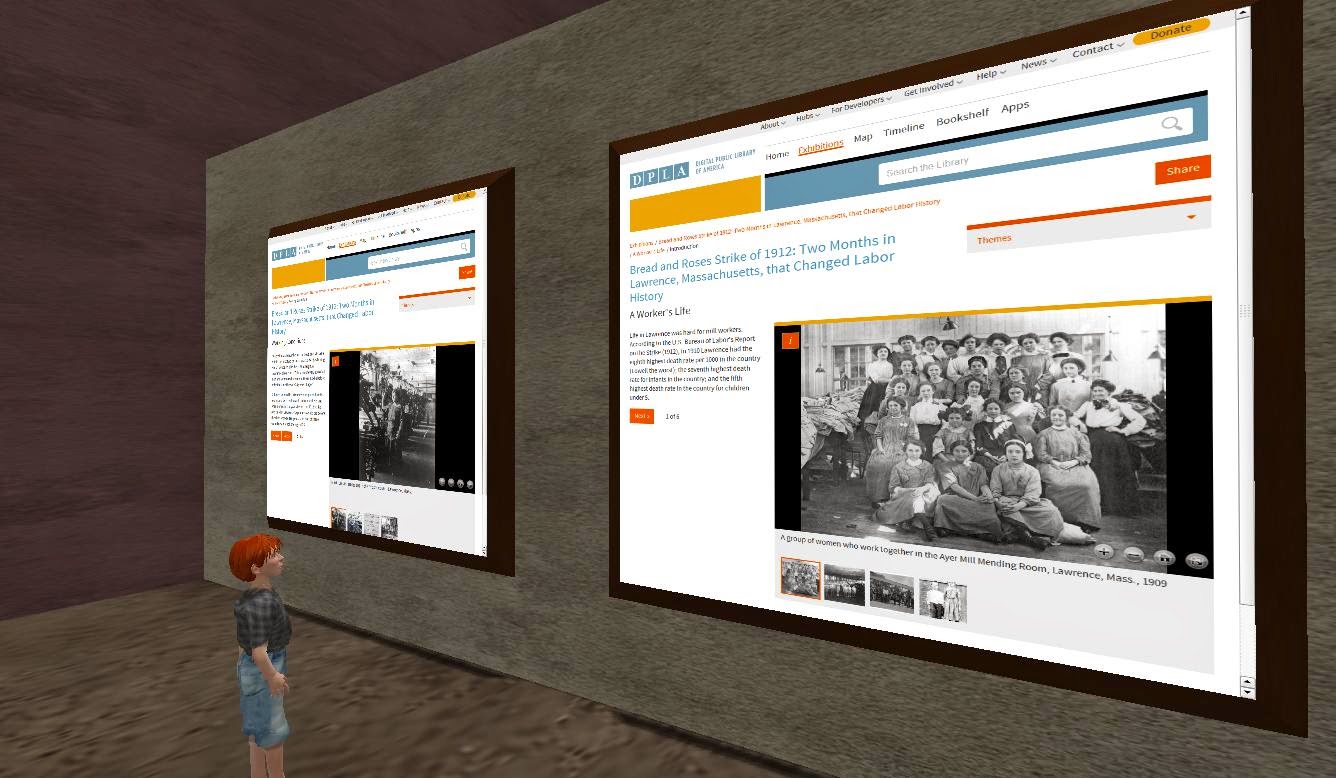 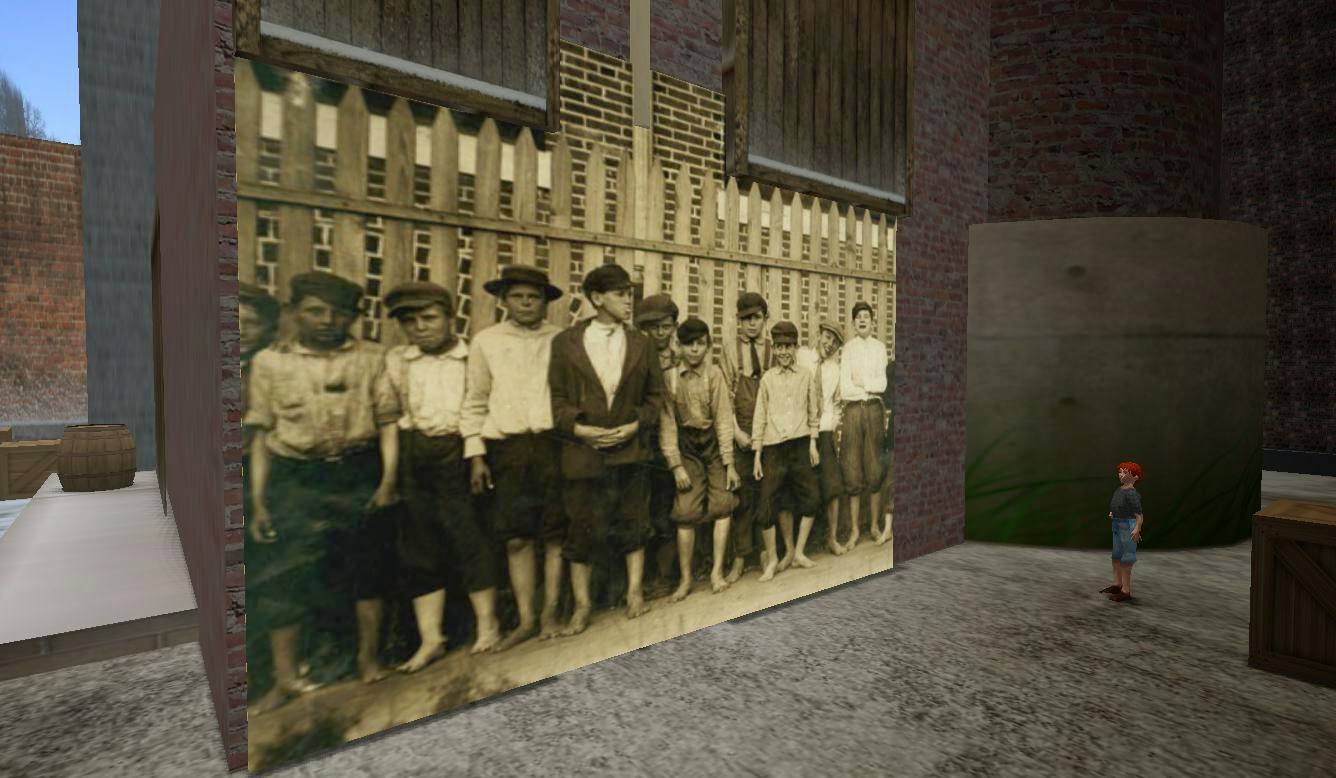 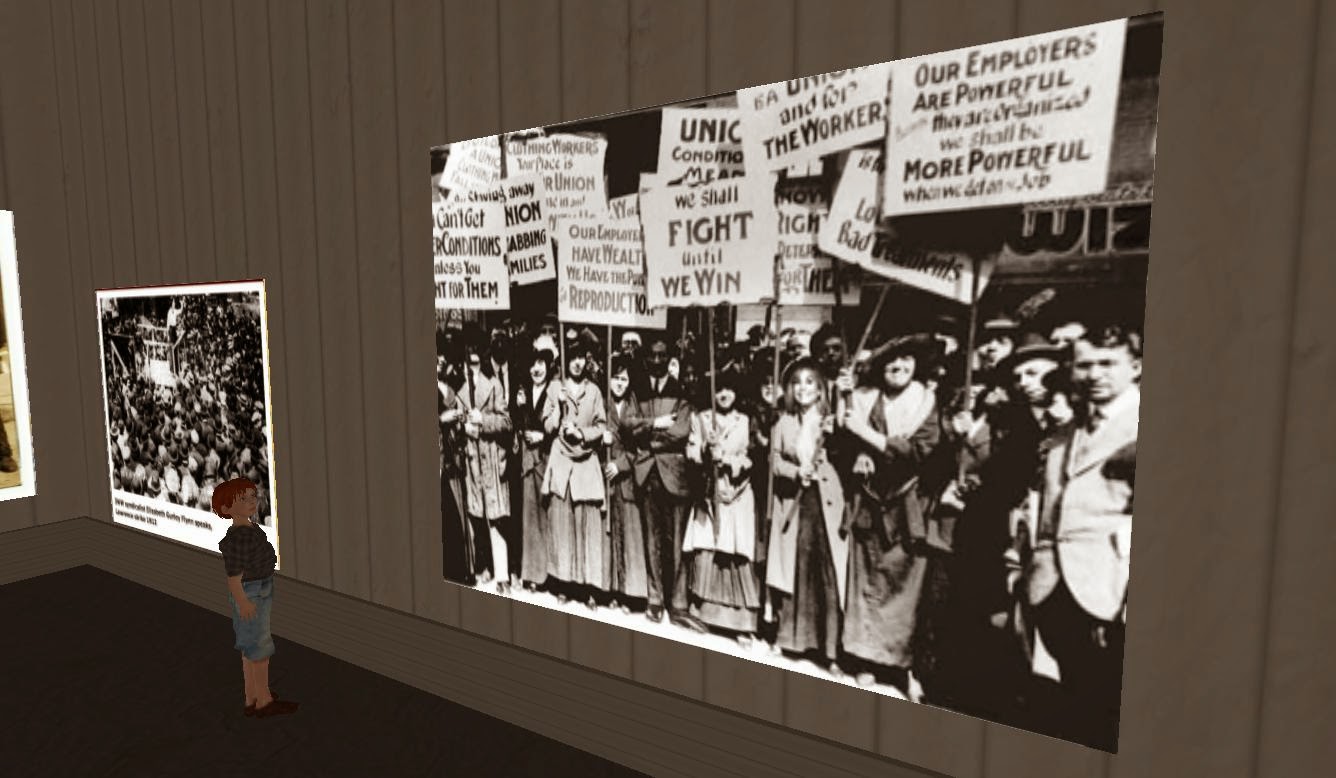 The ladies went on strike
-
Radicals of the Worst Sort: Laboring Women in Lawrence Massachusetts, 1860-1912
- 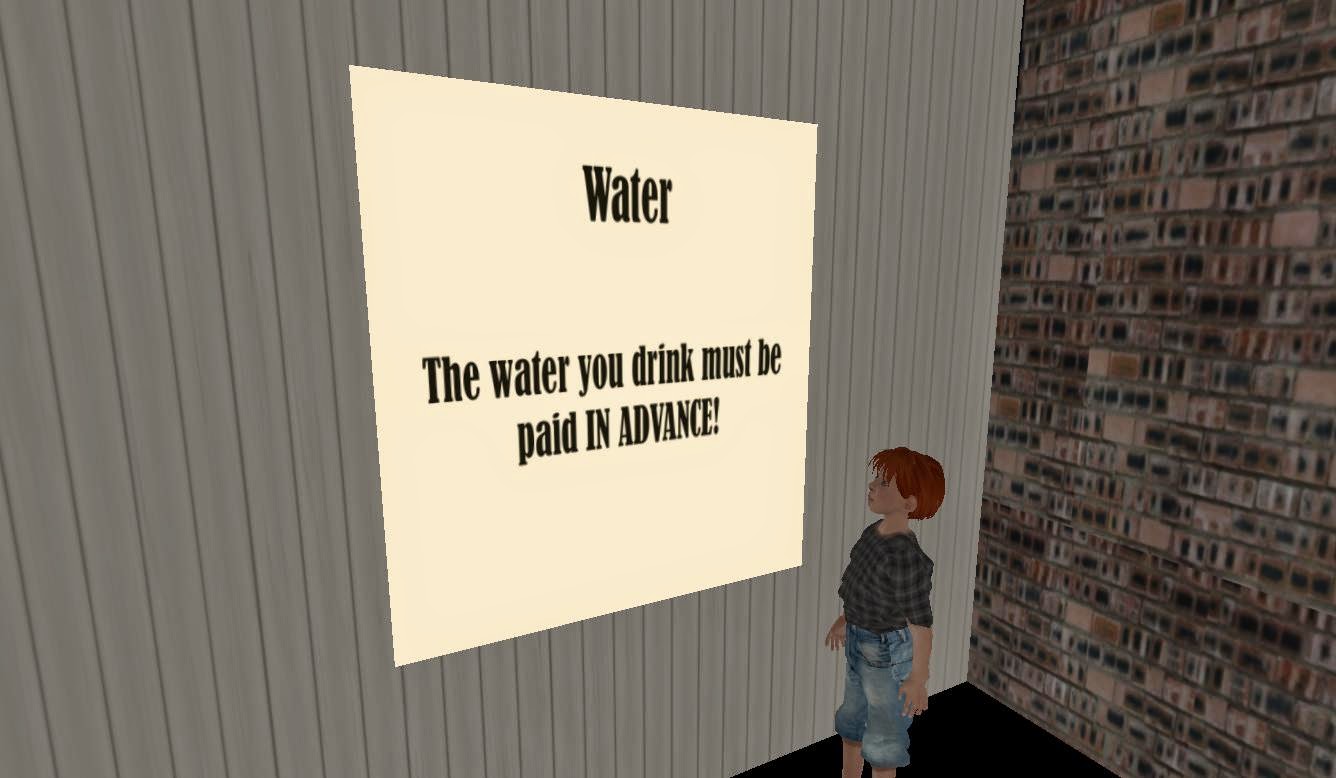 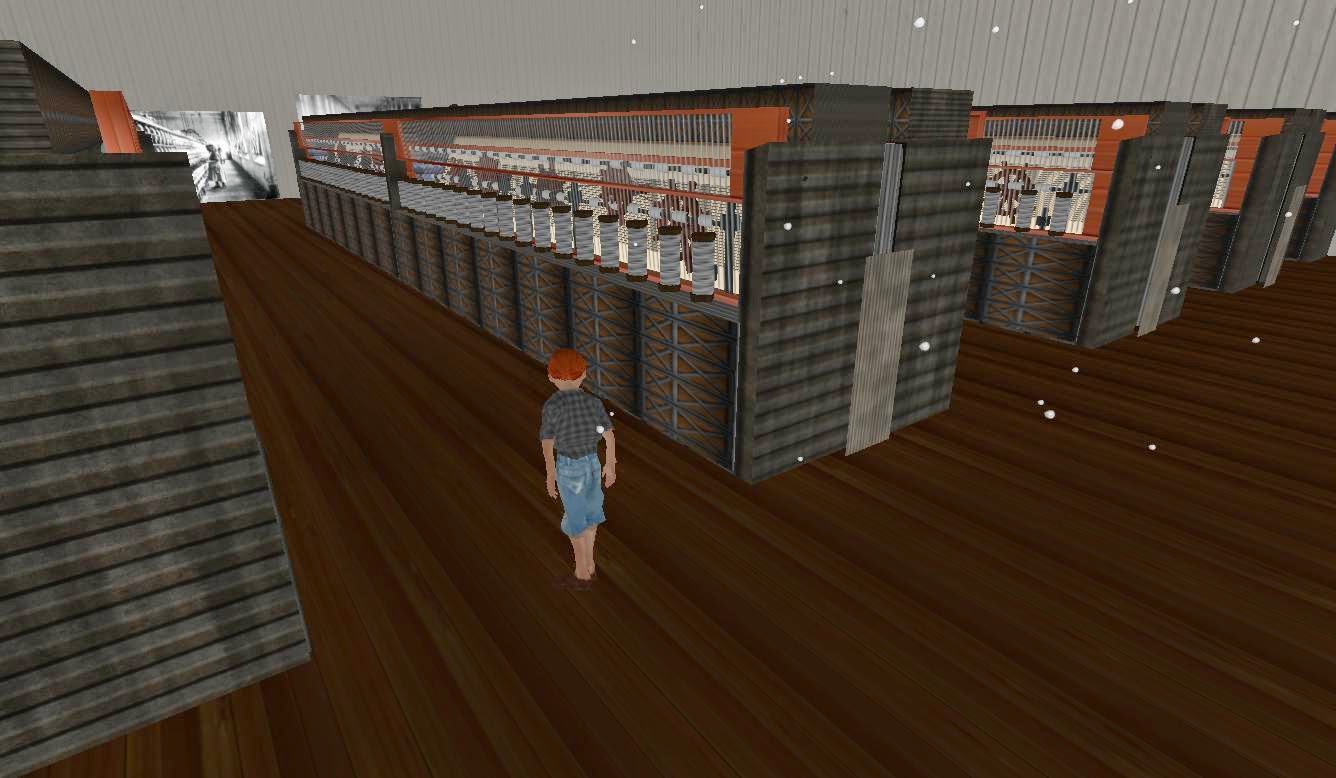 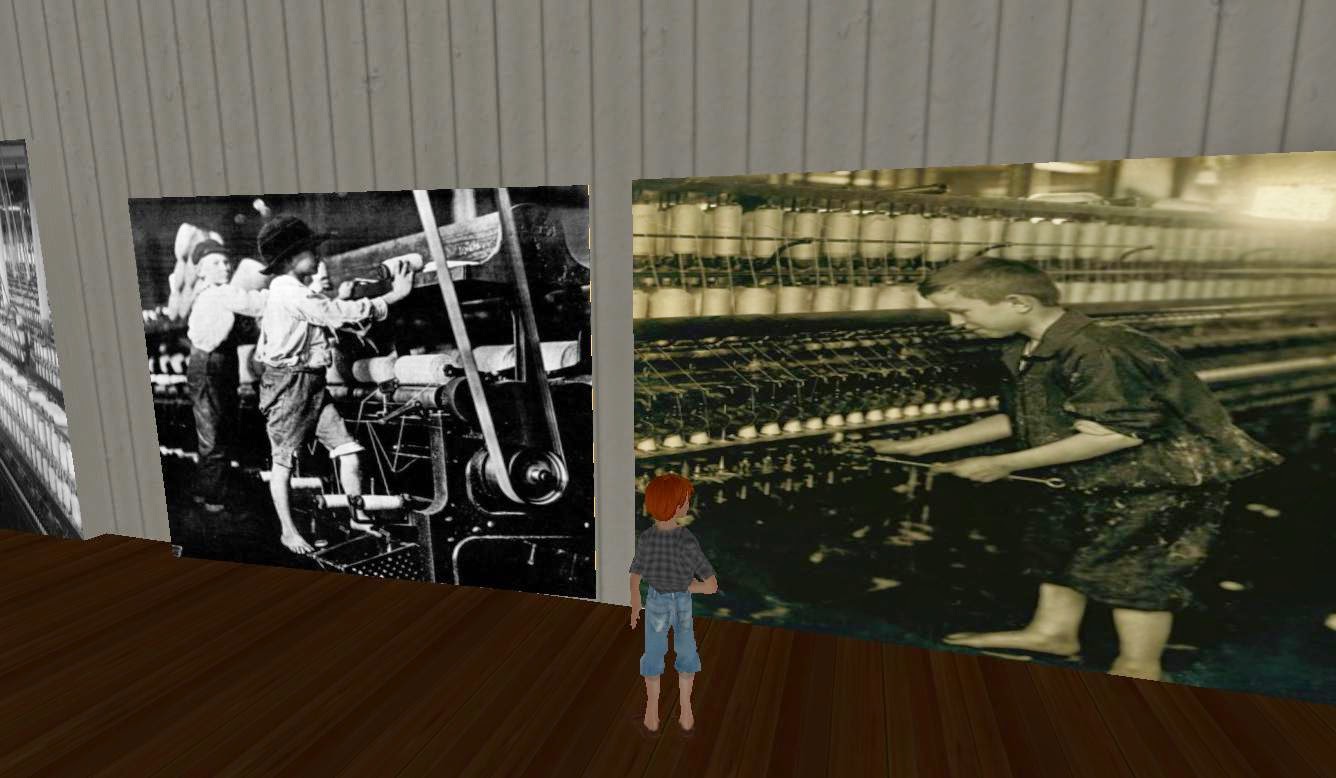 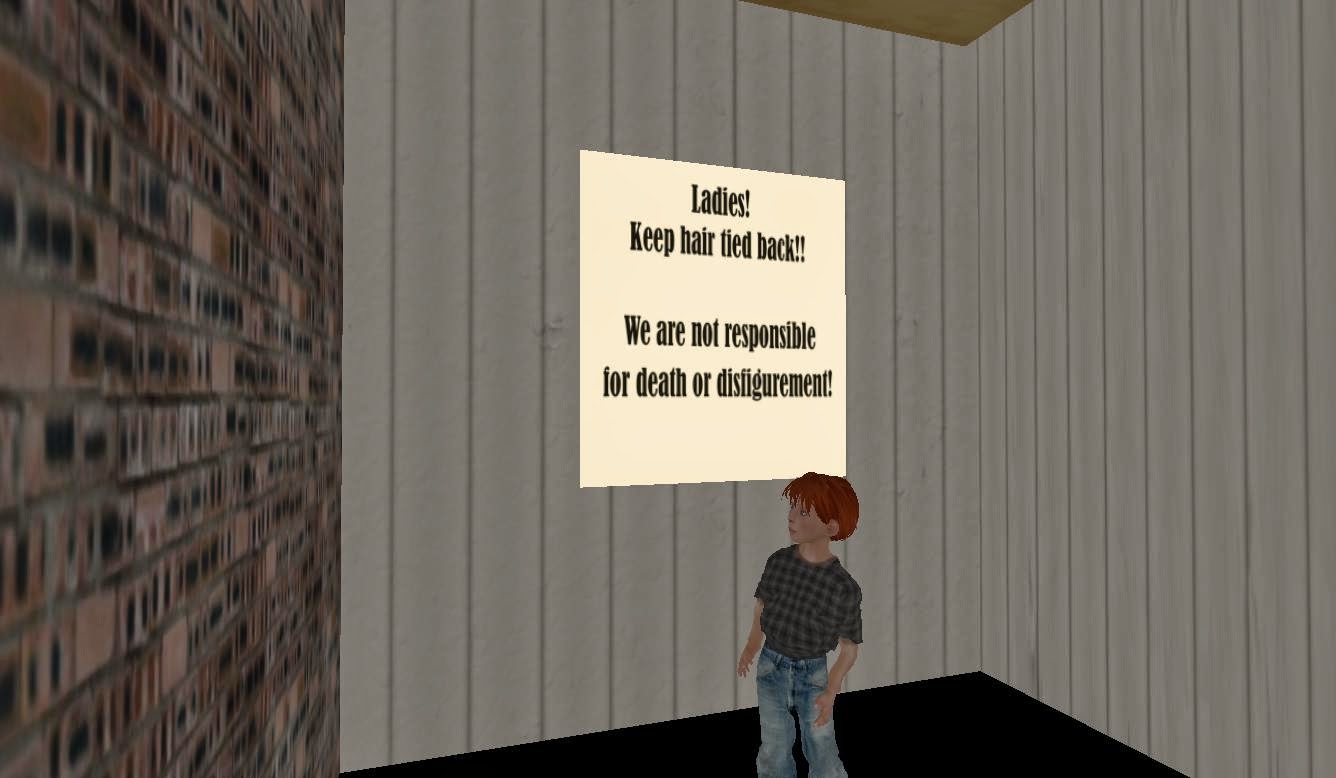 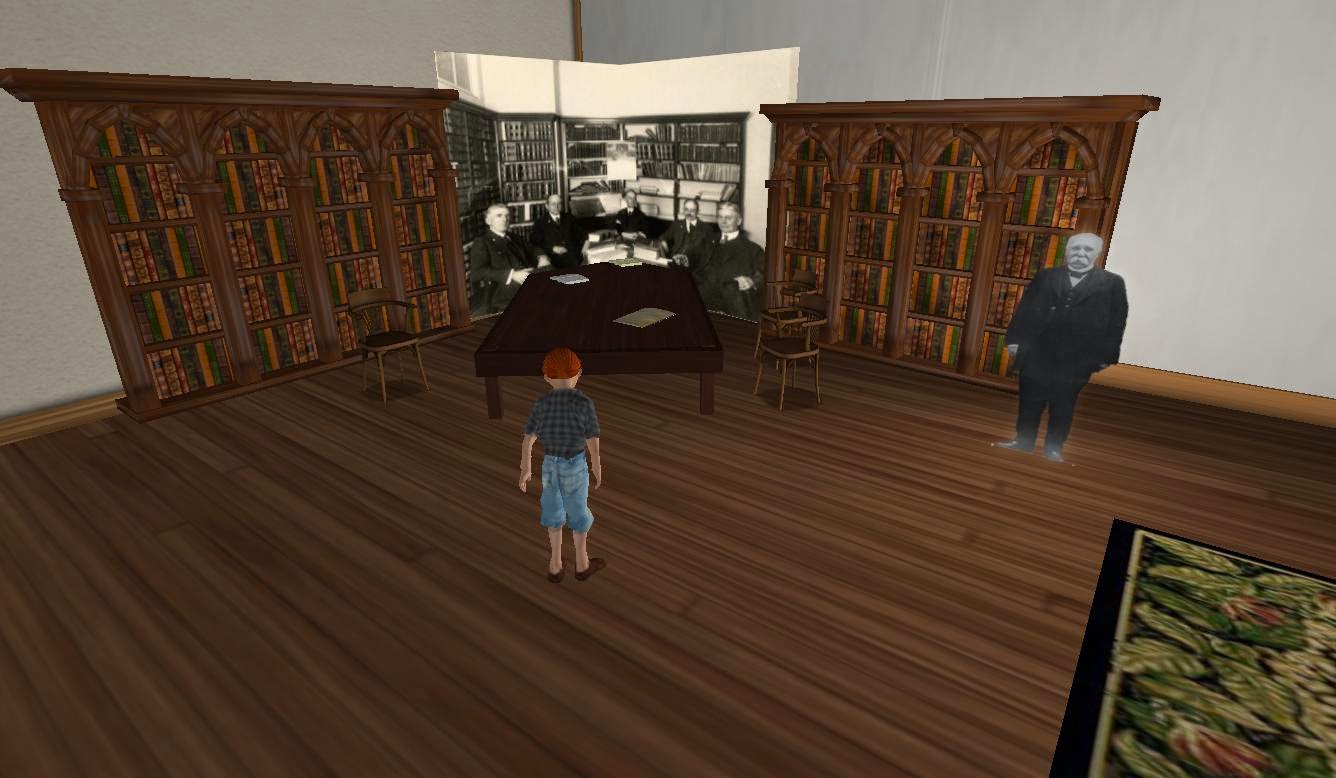 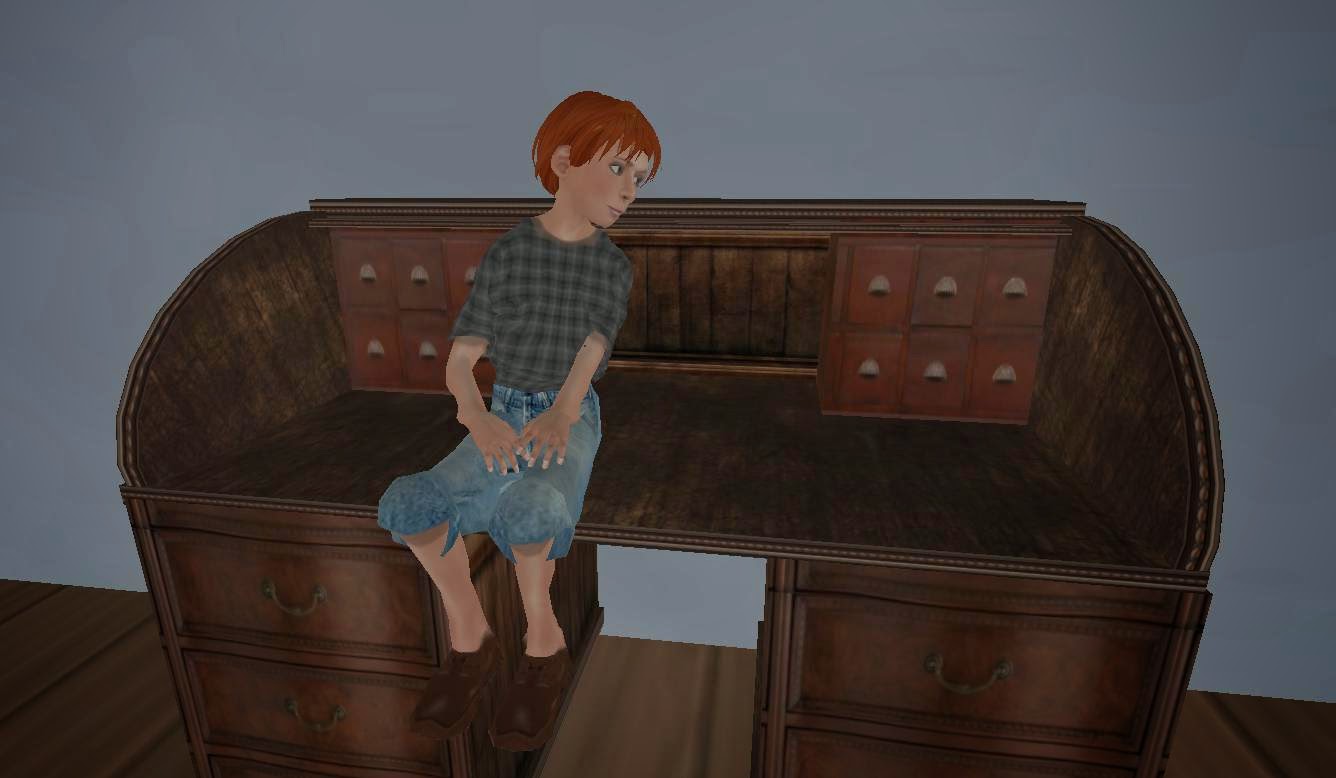 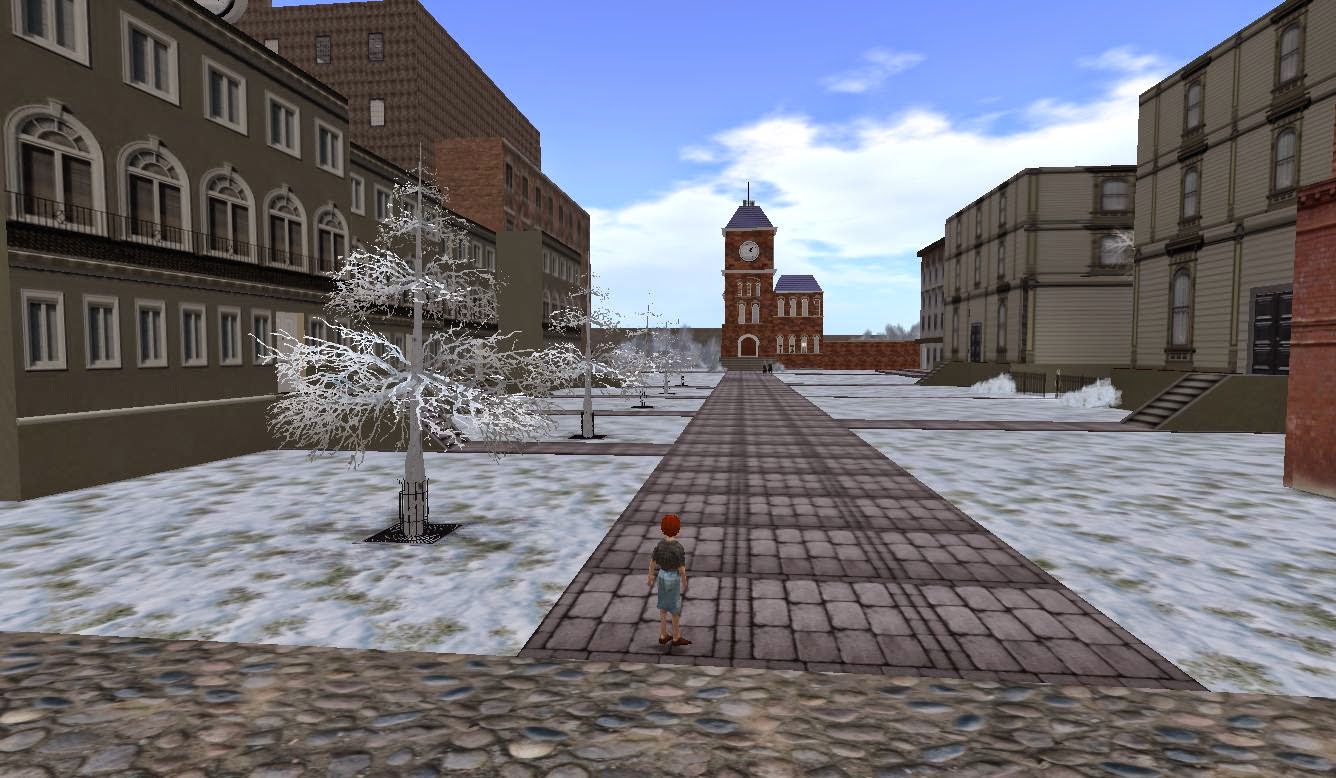 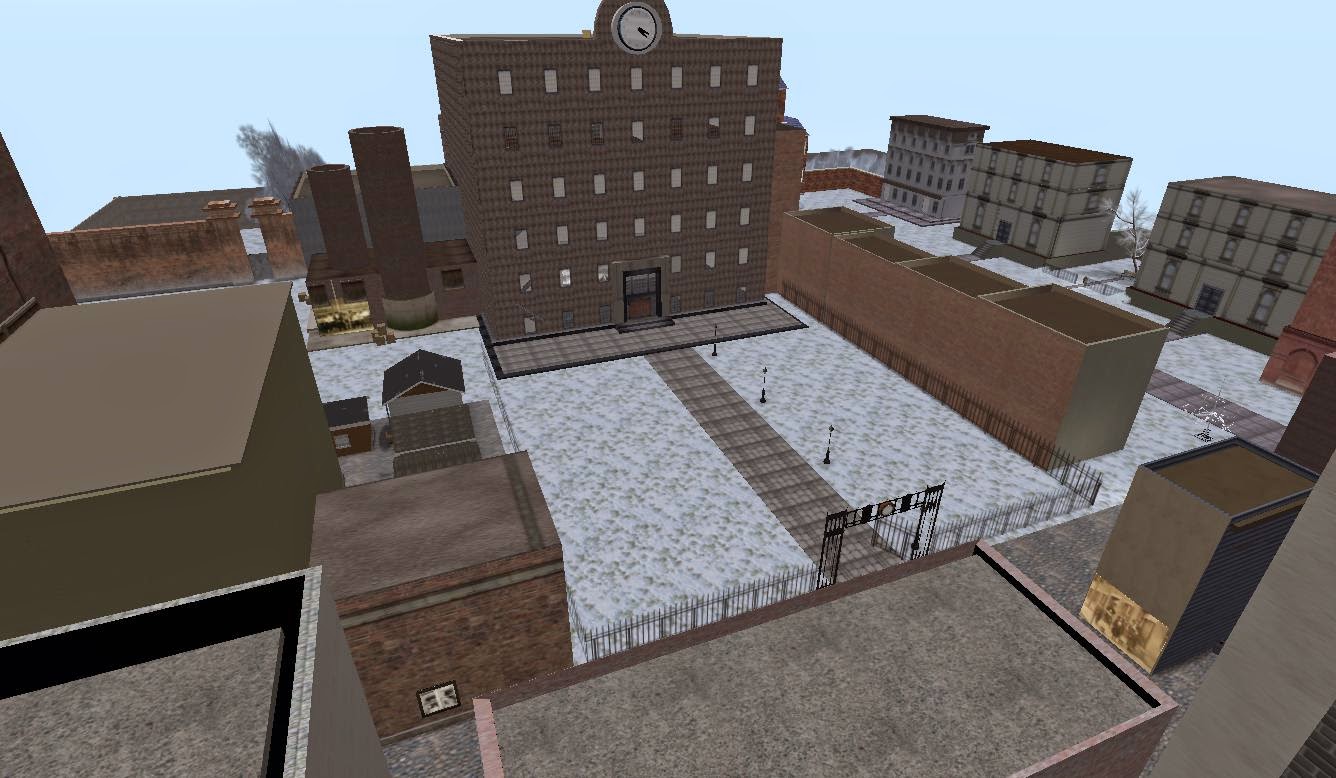 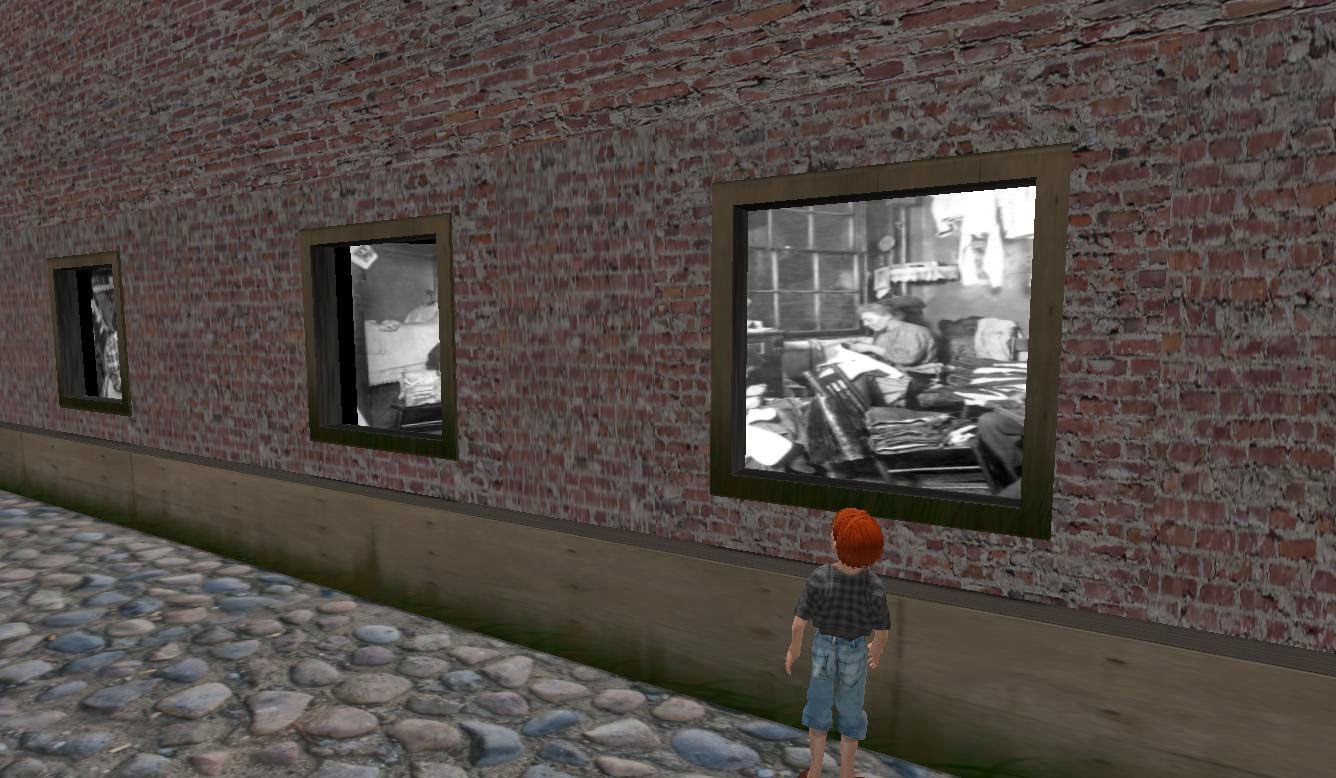 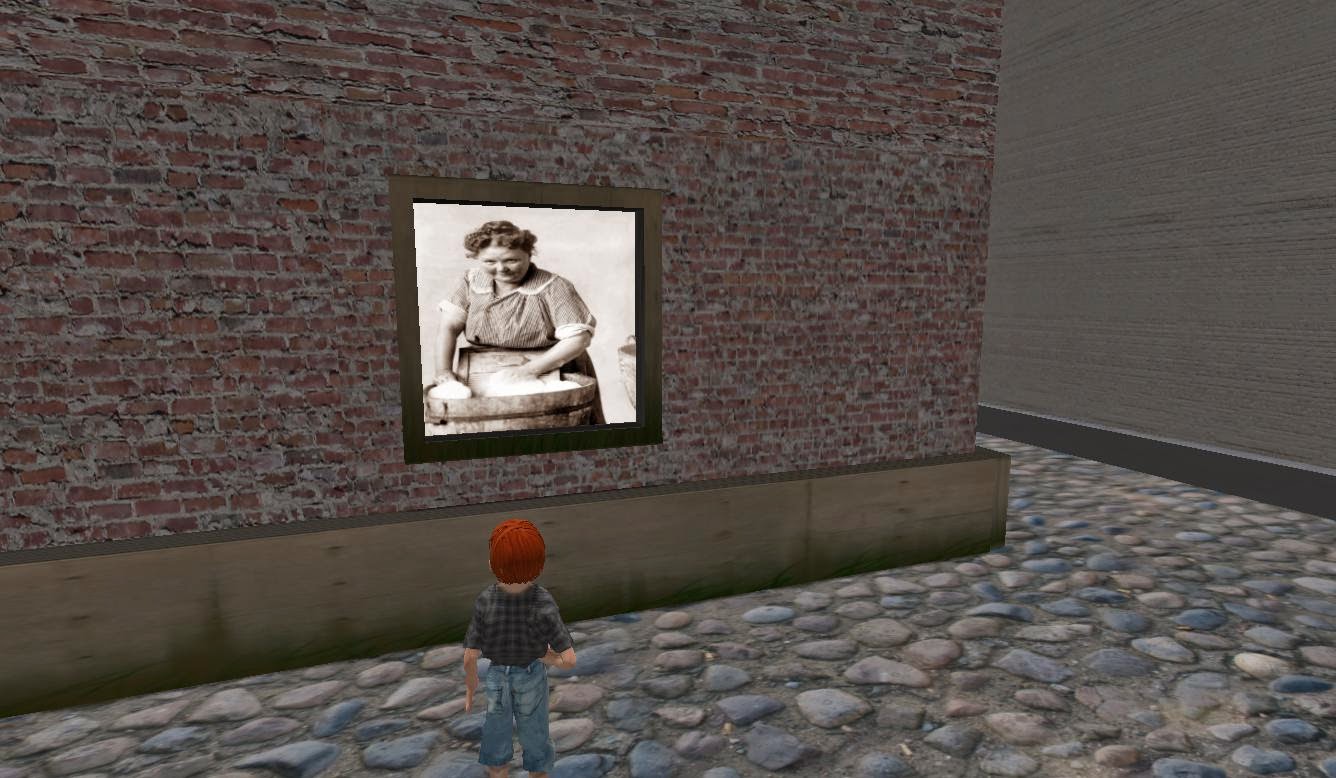 Click on the images you see around the site, and you will soon learn that there were many divisions of gender, class, race, and ethnicity for the people of Lawrence. There are many differing opinions expressed here; remember that these are not presented as “good” or “bad," they are just opinions.  However, as a hundred years have passed since the strike, you may have a better perspective on these problems than the people you see here.  Click on the blue dots you will find around the site for more information about the issues.

Visitors may find this information card helpful; it is designed for university classes who will be completing assignments here, but the questions below should help everyone understand the site.

If you have come to this site as part of a class, your instructor may have assigned you the questions below.

There is a private classroom available for school groups.  If you would like to book it, please contact Ellie Brewster

Your day in Lawrence Massachusetts begins here in the entry hall.  Listen to the narration and music before you begin, it will give you answers to some of the questions on this notecard.  Use this notecard to keep track of your answers (remember to save); you can temporarily minimize the notecard if it obscures your vision.

Click on one of the portraits at the end of the entry hall. This will give you a folder that you can find in your inventory, under "RECENT". Drag the folder onto your avatar to assume your new identity.

(1) What do these portraits tell you about the people who work for this company? (Think about: gender, race, ethnicity, class).

Pass through the gates and proceed up the walkway to the Everett Mill. Enter the gates, and click on the photographs on the ground floor to learn about the Lawrence strike.


LISTEN TO THE VIDEO (on the wall; transcript is beneath)

(8) Why do you think the doffers like the doffing mistress more than the "boss?"

Start your workday as a doffer at the Everett Mill. You work on the top floor. Run up the stairs as quickly as you can, if you don't want to get in trouble. You'll find the machines already working, and the spindles will probably be full.  You need to take off those full spindles and replace them with empty ones.  Hurry!!

Click on each full spindle to remove it. Do it quickly, you're not paid for just standing around! Take a picture of yourself in front of a complete row of EMPTY spindles and include the picture with your assignment.


LEARN A LITTLE MORE ABOUT LAWRENCE

Finished your work? If you’ve worked a full shift, you can leave. Otherwise, you’ll be fired. There are lots of hungry people out there who can do your job.

(14) Answer ONE of the following questions:
a. What was the temperance movement? What connection does this movement have with the working people of Lawrence?
b. What was the suffrage movement?
c. What differing attitudes to motherhood and children can be seen in the site?

(15) You might want to take a break and go skating on the ice rink, but after that there’s one more place to visit: the newspaper office, across the street..  In that office you will find news stories about our own time.  Pick one story that connects to what you have seen during your visit, and be prepared to discuss it in class.


THEN, RETURN TO CLASS, PREPARED TO DISCUSS THE FOLLOWING QUESTION:

(16) What does "bread and roses" really mean? What is the lifestyle that all members of our society should expect, regardless of income, welfare status, ability, age, or  ethnicity?