Hobbies: Railway yards at Anilis
-
This is history now.  But I remember when this technology was how we traveled the country.
- 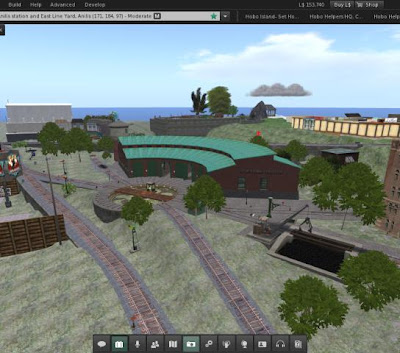 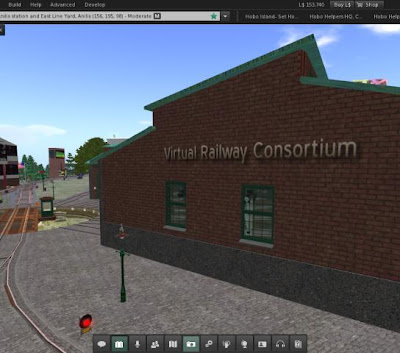 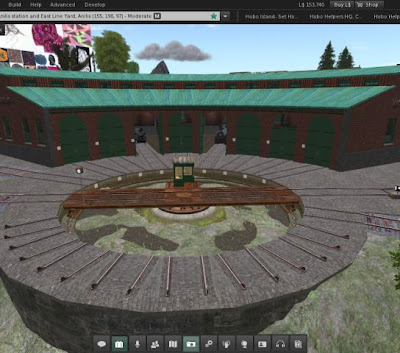 Turntable
-
Turntable
http://en.wikipedia.org/wiki/Railway_turntable
A railway turntable is a device for turning railroad rolling stock. When steam locomotives were still in wide use, many railroads needed a way to turn the locomotives around for return trips as their controls were often not configured for extended periods of running in reverse and in many locomotives the top speed was lower in reverse motion. Turntables were also used to turn observation cars so that their windowed lounge ends faced toward the rear of the train. 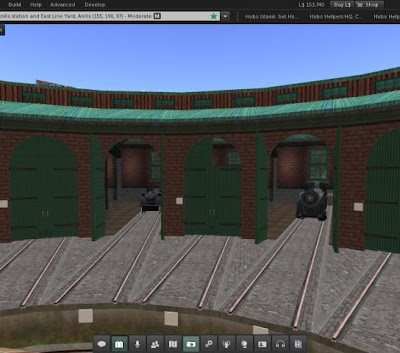 Roundhouse
-
http://en.wikipedia.org/wiki/Roundhouse
-
A roundhouse is a building used by railroads for servicing locomotives. Roundhouses are large, circular or semicircular structures that were traditionally located surrounding or adjacent to turntables. The defining feature of the traditional roundhouse was the turntable, which facilitates access when the building is used for repair facilities or for storage of steam locomotives.
- 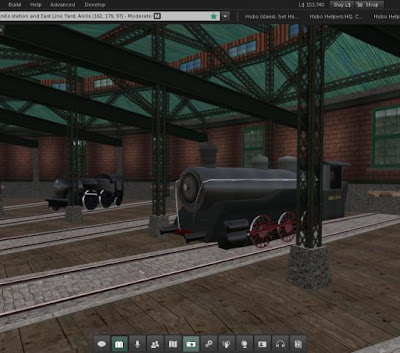 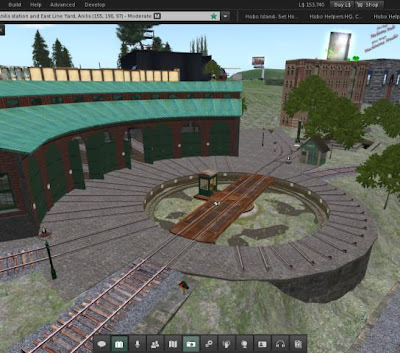 Coaling and watering stations
next to the roundhouse
-
- 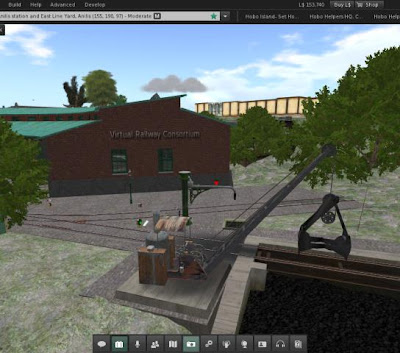 Close view of the coaling
and watering stations
-
http://en.wikipedia.org/wiki/Steam_locomotive
-

A steam locomotive is a railway locomotive that produces its power through a steam engine. These locomotives are fueled by burning some combustible material, usually coal, wood or oil, to produce steam in a boiler, which drives the steam engine. Both fuel and water supplies are carried with the locomotive, either on the locomotive itself or in wagons pulled behind.
Steam locomotives were first developed in Britain and dominated railway transportation until the middle of the 20th century. From the early 1900s they were gradually superseded by electric and diesel locomotives.