Commerce in virtual worlds depends on selling things at low cost.  We can do that because replacement cost is zero and selling costs are very small.  But low cost means that we need a way to pay in micro-payments.   Here I give some background, cite various systems for micro-payments, and give superficial consideration to their prospects. 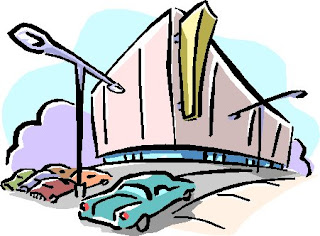 A virtual economy (or sometimes synthetic economy) is an emergent economy existing in a virtual world, usually exchanging virtual goods in the context of an Internet game. People enter these virtual economies for recreation and entertainment rather than necessity, which means that virtual economies lack the aspects of a real economy that are not considered to be "fun" (for instance, avatars in a virtual economy often do not need to buy food in order to survive, and usually do not have any biological needs at all). However, some people do interact with virtual economies for "real" economic benefit.
Despite primarily dealing with in-game currencies, this term also encompasses the selling of virtual currency for real money. --Wikipedia

Digital currency or digital money is distinct from physical (such as banknotes and coins) that exhibits properties similar to physical currencies, but allows for instantaneous transactions and borderless transfer-of-ownership. Examples include virtual currencies and cryptocurrencies, among others. Like traditional money these currencies may be used to buy physical goods and services but may also be restricted to certain communities such as for use inside an on-line game or social network. --Wikipedia

Money is any item or verifiable record that is generally accepted as payment for goods and services and repayment of debts in a particular country or socio-economic context, or is easily converted to such a form.  The main functions of money are distinguished as: a medium of exchange; a unit of account; a store of value; and, sometimes, a standard of deferred payment. Any item or verifiable record that fulfills these functions can be considered as money.   --Wikipedia


A medium of exchange

A medium of exchange is an intermediary used in trade to avoid the inconveniences of a pure barter system.   --Wikipedia
Fiat currencies are the generally accepted mediums of exchange. Their most important and essential function is to provide a 'measure of value'... Hifzur Rab has shown that the market measures or sets the real value of various goods and services using the medium of exchange as unit of measure i.e., standard or the yard stick of measurement of wealth. There is no other alternative to the mechanism used by the market to set, determine, or measure the value of various goods and services. Determination of price is an essential condition for justice in exchange, efficient allocation of resources, economic growth, welfare and justice. The most important and essential function of a medium of exchange is to be widely acceptable and have relatively stable purchasing power (real value).   --Wikipedia

Paypal is the established service in internet payments.  Its standard transaction costs are too high to be reasonable for micropayments.   It has a special Micropayments service:

These systems  either allow many micropayments but charge the user's phone bill one lump sum or use funded wallets.

The currency in Lindens, established by Linden Lab for Second Life, is the best known of the virtual world currencies.  It is a complete medium of exchange in that it can be exchanged for a fiat currency such as the US dollar. The exchange rate floats against the dollar, but the Linden money supply is managed by Linden Lab.

The Linden system is a grid-level monetary system, meaning that it is exclusively available in Second Life.  It thus does not function as a virtual world currency and cannot grow into that role.  It may be worth considering as a model for possible virtual world currencies.

Various grid-level currencies exist in OpenSim.  Some of these, as on Kitely, do not allow exchange for a fiat currency and so do not function as a complete medium of exchange.

A currency that allows exchange in both directions (can be bought and sold for a fiat currency, such as USD) is exposed to fraud and to legal conditions designed to prevent tax evasion and money laundering.  While a large operation, such as Linden Lab, can afford the cost of managing the legal conditions, that cost will set some minimum size for a full medium of exchange operation.  To remain profitable, a company will need to charge some amount per transaction.  To attract customers, the company will need to keep that charge small (as perceived by customers).  A company could afford legal costs only if it has enough transactions to spread the costs to a small charge per transaction.


Fiat currencies as a medium of exchange

Kitely Market allows transactions either in Kitely currency or in US dollars.   To buy in US dollars, a customer needs a Kitely account with a payment method.

I think the model to beat at this time is the PayPal model.  Their micropayment charges are a bit high and they don't make it easy for sellers to use the service.  But PayPal is an established and trusted payment with a very large existing user base.  The merchant using PayPal has many potential customers that already have PayPal accounts.

Cryptocurrencies could become the winning model in the future. They have no direct use charge, but they may fluctuate in value.  They could handle micropayments.  Bitcoin seems to be gaining some acceptance as a medium of exchange.  But process is too complicated for most people to use and feel comfortable with.

Both of those things may be emerging now.  But we are not there yet.

Gloebit , Podex or any other inworld currency seems to me to be less promising as a business proposition for several  reasons:

I see no advantage to limiting the target market to virtual worlders.  Nobody makes much money on a micropayment.  The way to make money lies in volume and that comes from having a large target market.