TimeLine: Secret! The ability of the HG protocol to establish wormholes was not public knowledge till March 12, 2073.  If you are reading this before that date, you must assume that the information given below is fictional.  You may safely discuss this information with others as if it were true, counting on general time-blindness to keep people from taking you seriously. Do not, however, allow yourself to consider the possibility that the HG protocol can create wormholes or that HG stands for Higgs Grid. 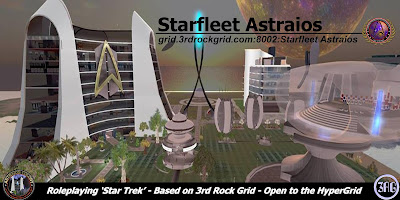 Scroll down for News, Notes, and Info

The Galactic Barrier is a perilous thing, but that doesn’t stop Starfleet from wishing to explore the possibilities of entering this area of space for the purpose of scientific study. That’s why Fleet Captain Poison Toocool, Colony Commander of Astraios Colony, authorized such a mission last year. Three ships left Astra – the home base of Starfleet in the Gamma Quadrant - for the long journey towards the centre of the galaxy, called by Terrans ‘The Milky Way’. Even with the placement of communication buoys, they eventually moved so far distant that no message has been received for some time.
- 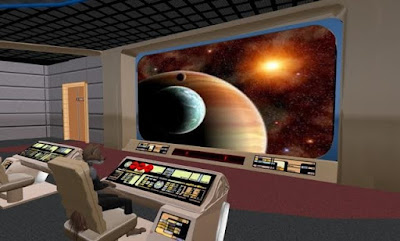 USS Neil Armstrong bridge
-
The USS Neil Armstrong, flagship of the local fleet, is now on route to rendezvous with the USS Trinidad, which will hopefully be found outside the Barrier, monitoring the movements of the ships which have gone where no one has gone before. The purpose of the Armstrong's mission is to first ascertain that the ships are safe and functioning properly and then resupply the task force with stores, equipment and personnel.
- 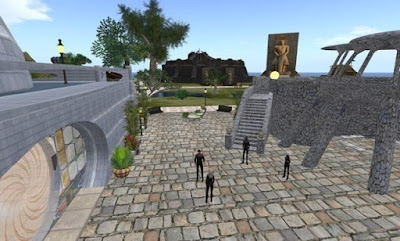 Away Team on deserted planet
-
The Neil Armstrong embarked on stardate 150524.  Along the way they have been diverted to a deserted planet where all life forms have disappeared from the cities and towns, data was collected but the reason for this was never found. They now carry on along their original course, up ahead is a spatial anomaly that appears to be a black hole. Gravimetric distortions may be particularly heavy in this area, Captain Genny Markus and her intrepid crew will raise shields and steer around it to avoid any problems with ships systems.
- 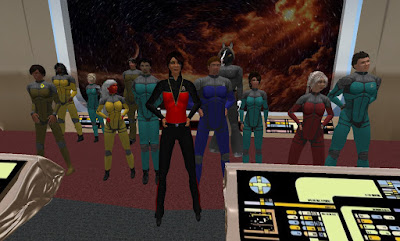 Captain Toocool and crew
-
Back on Astra, Fleet Captain Toocool has returned from a Peace Conference, negotiating with Tho’pok, son of Ch’Kog, House L’Telan, with regard to the situation at Treman Prime now General Ch’Kog has successfully removed J’Dak of the House of Gomang from power in a bloody coup. Fearing an attack on Astra would follow, Starfleet blockaded Treman Prime and waited. Now things are calming on the planet and an agreement to provide medical assistance and food supplies was successfully reached.
- 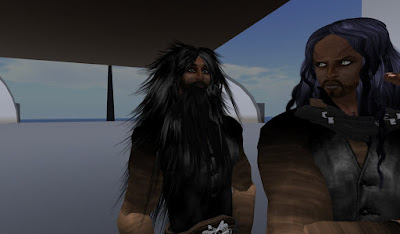 ThoPok son of ChKok and
ChKog, son of Rorg
-
Teams are landing on Treman to set up temporary hospital facilities to offer inoculations, first aid, and acute care where needed. Food is also being provided for distribution to the populace. Meanwhile Tho’pok agreed to come to Astra Prime on the invitation of Fleet Captain Toocool, who wishes to officially present him to the Astraionian Council and recommend that he be permitted to represent Treman. There is much more to discuss if the peace between Treman and Astra is to continue long term, so that both planets may thrive.
- 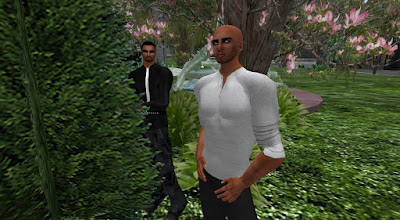 Starfleet operatives on a Secret mission
-
Following up on some intelligence gained, surprisingly, when a Science ensign on leave overheard a conversation in a bar on Deep Space Nine, Toocool’s secret infiltration team has received its first orders. Colonel Kulok, Weapons Master for House Gomang, was arranging for weapons to be purchased on planet Dosi and delivered to the island Gati on the moon N'Doto, Astraios Sector, in preparation for the retaking of Treman Prime by House Gomang. He spoke with an unidentified Tellarite, who was to travel to Dosi to make these arrangements while Kulok went to Argelius to obtain funds. Starfleet Intel suggests the drinking establishment "Zoccee" in city Relxer-D is commonly used by many traders. It is imperative the team discover who is illegally transporting weapons to Astraios Sector from Dosi and who is supporting Gomang on Dosi Prime. SPT operatives Captain Hope Greenwich and Ensign Adum Brate will embark shortly aboard hull NX-47701.-Captain Hars Darax (Ret.), fiancé of the lovely Idrissa Senghor, finds himself forced to leave his gardening more often to help his girl at her cafes now her business has expanded to two locations. He feels like a fish out of water. But he had time to go pick up some cuttings he had ordered from the spaceport, where he ran into his future brother-in-law, Souleymane Senghor. Souley showed Hars a strange symbol he had seen at spaceports and trading areas on Astra. Hars, using his old network in Starfleet, tried to find out what it was, but no one seemed to know. But he is concerned. Since the Treman coup there has been a massive fire in Beryl Village, sabotage aboard SS Astraios and a bomb at Majel Community Hospital. Perhaps it will turn out to be nothing. Perhaps...
-
On Treman, Nurse Practitioner Kat Anjar of Astraios, is part of the Starfleet medical team setting up a temporary hospital outside Kleg Veng, the capital city where House L’Telan is now in charge. She has just learned a Caitian vessel was brought here years ago for the purpose of enslaving the passengers, who resisted. Those who remained alive escaped to the wilds. But one half breed, abandoned in the city years ago, survived with the help of human friends. She is shocked and amazed to know some of her people are on Treman.
-
REMEMBER:  This information is entirely fictional!!! -...These are just some of the fascinating roleplay stories currently being developed at Starfleet Astraios in 3rd Rock Grid. Sunday missions are script-style dialogue based roleplays aboard ship or on away missions. During the week a team of paraRPers develop the stories of characters who live and work in the Colony or on associated planets. For more information on UFS, or Astraios Colony, feel free to contact FCapt Poison Toocool at poisontoocool@gmail.com or pop by for a visit:
grid.3rdrockgrid.com:8002:Starfleet Astraios - 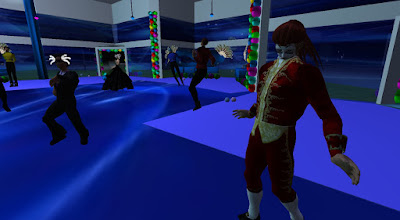 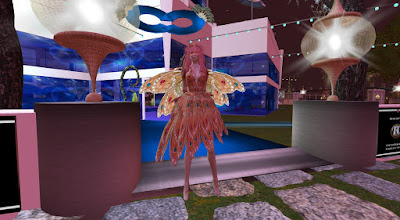 The outpost of United Federation Starfleet also hosts two community events on the grid each week:
-

How to handle a Hypergrid address in Firestorm