2013 WRITE: Notes from a novelist in SL, by Keykey Underwood

Notes from a novelist in SL,
by Keykey Underwood
- 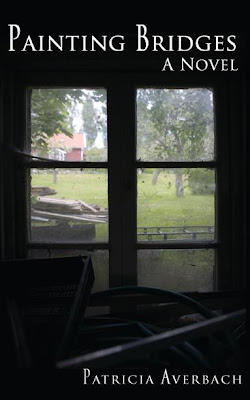 Invited article by Keykey Underwood
A novelist in Second Life
(Hyperlinks added by Selby Evans)
-
Since childhood, I'd always thought of myself as a writer - all evidence to the contrary. I wrote in my head and I made notes for books I'd write if I ever found the time, but rarely committed more than a few introductory paragraphs to paper. If, on occasion, I actually completed a poem or story, I never submitted them to journals or magazines. Yet today, in late middle age (or perhaps early old age) I am the author of Painting Bridges, a novel that is being reviewed in three real world newspapers this month and the winner of an international poetry competition that will take me to London in December. The amazing reality is that my current good fortune began in a fantasy world. I became a real writer in Second Life.
-
Even before she emerged newly hatched at the Second Life Orientation Center five years ago, I knew that I wanted my avatar to represent my writing ambitions. I named her Keykey Underwood - for an old typewriter. Once I learned that I could enter any activity in the group search bar and be rewarded with a list of organizations that shared my interests, I immediately typed "Creative Writing" then "Poetry." There were a lot of groups to choose from, but the most popular seemed to be The Written Word so I clicked "join" and within minutes a blue note card invited me to an open mic at the Waterstage in Cookie. I was hooked.
- 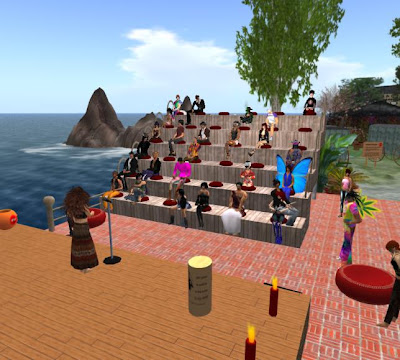 Writer's Circle, Waterstage
-
I soon joined Writtten Word, Inksters, and Book Island and found that I could attend some sort of literary event almost any time I sat down at my computer. There were open mic events, book chats, classes, readings, workshops, contests,  NaNoWriMo groups, and live interviews with well known authors. There were even original plays written and produced in Second Life. I live in a fairly large cosmopolitan city yet I would never have found such a wealth of opportunities in real life.
-
I flitted happily from one event to another without any structure or commitment until the day I got an IM from Adele Ward inviting me to join an advanced prose workshop. Adele is the owner of The Written Word and manages a number of literary events on Cookie. She'd heard me read at several open mics and thought I might fit in well with this new group.  I was flattered, but had to consider whether or not I wanted to commit two hours every Saturday to a virtual workshop with people I didn't know. I decided to give it a try and that decision changed my life.
-
It turned out that the members of the group were bright, articulate, and amusing. There were only six of us to start, then five, then eight, then six. People came and went, although there was a core that held through all the changes. Everyone had something to contribute and everyone was struggling to improve their craft. I became genuinely attached to the group and shared a thrill of shared accomplishment when they submitted a particularly good piece.
-
Group participation meant having to produce six to ten pages of new work every few weeks. I cheated at first, pulling an old story out of my files and offering it up for critique. The story was generally well received, but to my surprise, Adele insisted that it wasn't a story at all, but the beginning of a novel. A novel? I'd never imagined writing a novel. I used to joke that I wrote poetry because I didn't have the attention span for anything longer.  But Adele persisted and I took up the challenge with the support of my Saturday group of virtual writers.
-
Slowly, but surely the bones of a novel began to appear. As I fleshed it out with new characters and complications my virtual writers' group pointed out inconsistencies and places that didn't ring true while encouraging me to keep going. Week after week we read and commented on each other's work and page after page my novel began to take form.
-
Sadly, I had to drop out of the group before the book was completed due to family commitments that conflicted with the workshop schedule But by this time the novel was so far along that completion was an inevitability.
-
A small independent publisher wrote to accept my manuscript in January of this year. A few weeks later I received an email from Ruth O'Callaghan telling me that I was the 2013 winner of the Lumen/Camden Poetry Prize.
-
Now it's time for Keykey to explore the many marketing and promotional opportunities available in Second Life.
A Very Partial List of Opportunities for Virtual Writers:
-
The Written Word: Written Word is based on Cookie Island and is for writers in all forms. Regular meetings include a Wednesday Writers' Circle, Meet an Author televised interviews, plus a short story reading group on Fridays and Sounds of Poems poetry performance on Mondays. Regular prize competitions and free caravans where you can write in company. Writers in languages other than English are very welcome. See our social network for writers on writtenword.spruz.co 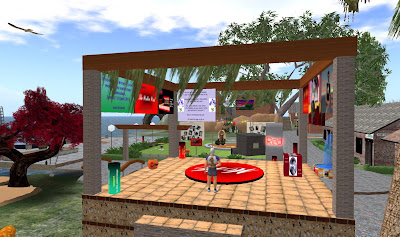 -
Inksters: We're devoted to the craft of writing and convivial gatherings. Authors, writers, novelists, fiction writers, story tellers, poets, journalists and literary types with an ink pot and a dream are encouraged to participate in our community and events. 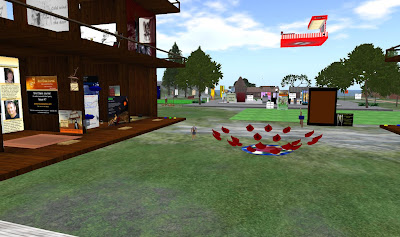 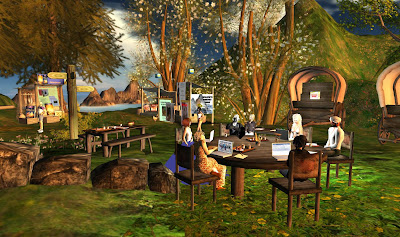 -
Book Island:  Keep up to date with events and happenings on Book Island - SL's premier community dedicated to book publishing - for writers, poets, editors, literary agents, bloggers, publishers and anyone connected with books - including readers! We have 60 shops in the publishing village with a variety of SL and RL businesses and regular events. 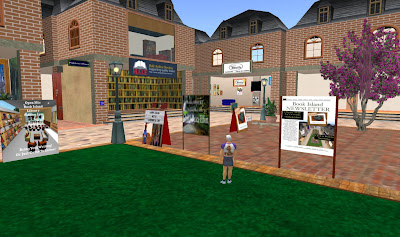