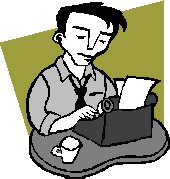 Background, the story this far


One SWG (Special Working Group) has organized around a project and now is busy working on a series placed in an entertainment world of the future.  This SWG is now developing characters and writing scripts to introduce them.


The script presented here is not part of any planned series, but is intended to illustrate some aspects of the products we will need.