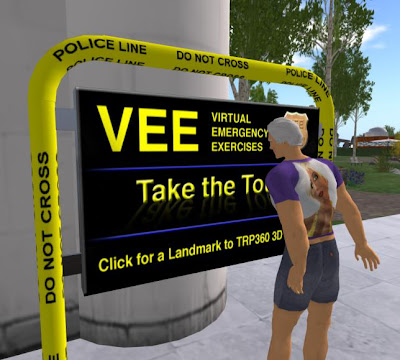 Tour of the Virtual Emergency Exercises
Not a CNN retrospective of the top news of the week.  Not the scenario for an upcoming disaster movie.

-
Real training in a virtual world.  For emergency responders.   I picked this story up in my blog scanner:

In fair weather, prepare for foul...

-
It was in the blog:  Al-Qantara Library.  That is one of the blogs you will find on the right side of this blog, whenever it has a recent post.
-
Location Link. Click to go or drag to the viewer screen:

So I slurled over there to look around.  Conveniently, I found the promo for a tour.  Just what I wanted.
-
- 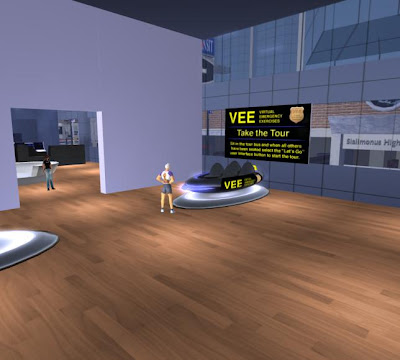 Tour Pod, By YavaScript
-
The tour was provided by my good friend Yavanna Llanfair.   (It's a small world, after all.)  She is the person I told you about in  YavaScript pod tours.  This tour, of course, was set up by the builder here,  TRP360 3D Works.
-
I took the tour.  I'll show you some pictures below.  But on  the tour, I met Freecilla Kuhn, the main builder here.  She builds for TRP360 3D Works, which builds simulated worlds for real life companies & educational institutions.   She also teaches Virtual Emergency Exercises (VEE). She showed me around the place
- 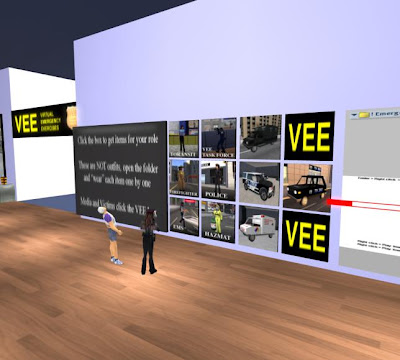 Freecilla changed into a police uniform
-
This is the area where the VEE participants pick up their equipment, such as police uniforms, fireman's protective gear, and bloody outfits.  Freecilla offered me a police uniform, but I declined, preferring to stay in my blogger's casuals.
- 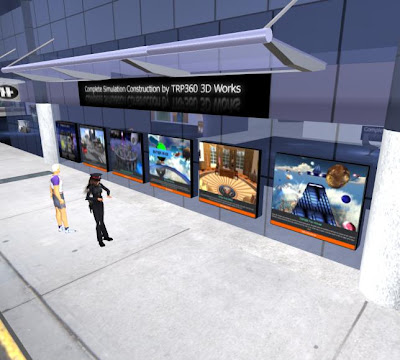 Posters show the builds around here,
all by TRP360
Here is more information about
TRP360 3D Works
- 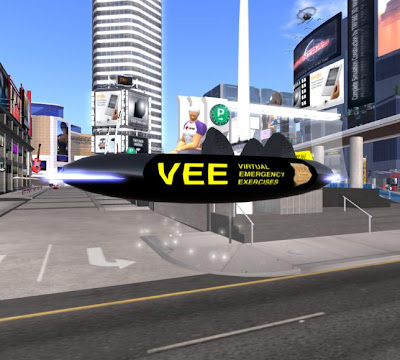 I ride the YavaScript pod
-
Meanwhile, back at the tour, her are some of the things I saw.
- 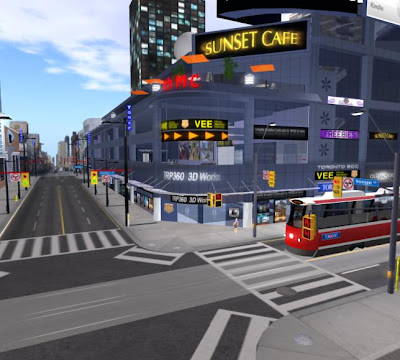 A Toronto street corner
-
The bus keeps a regular schedule. The scene is supposed to be a good simulation of a part of Toronto.  Maybe somebody from Toronto will offer an opinion in the comments.
- 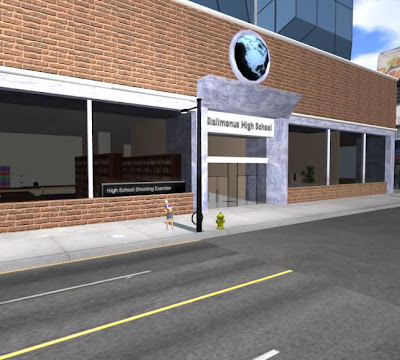 A high school waiting for a shooting
- 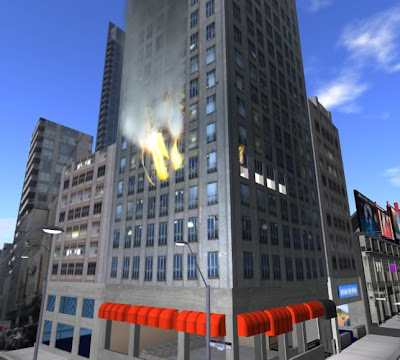 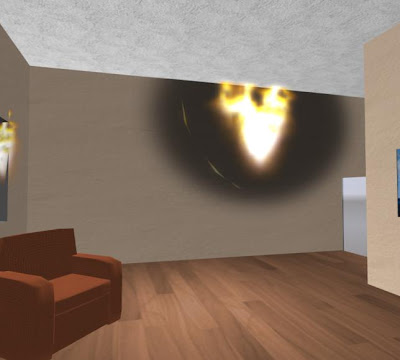 First responders have to deal with flaming walls
- 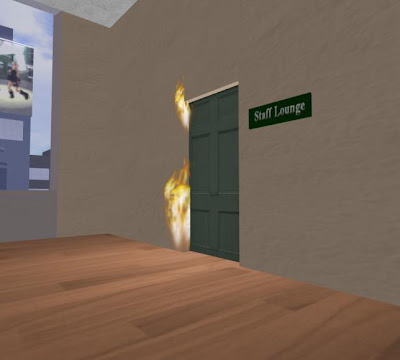 Would you open this door?
What if you heard scream from inside? 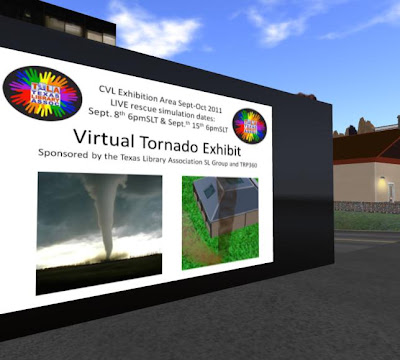 The tornado lives around here
- 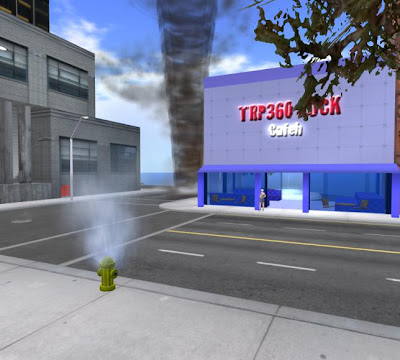 The tornado is coming!
-

Mere minutes after we began, an enormous black funnel came whipping around the corner. Buildings started collapsing around us so I immediately reached into my inventory, glopped on my fake blood, laid down on the ground, and started moaning.

I don't think we're in Kansas any more
-
Video-Machinima