"Second Life changed my life"
-
says the Italian designer and illustrator flokers: "It allowed me to become the artist I really am and turn my passion into a full-time job."
-

The 29-year old Sicilian native credits the freedom to express oneself and the ability to effortlessly connect to a global community of like-minded people through art and play in the virtual world as the main reasons she was able to come out of her shell in "real" life and gain the necessary confidence to pursue a full-time career as an artist.

flokers now works as a designer for the city council of Derby in the UK, conceptualizing websites, co-working spaces and apps with her innovative "smart city" team.

"People still think this is just a game, which is strange because it really is so much more: you can set your own goals and achieve anything you can imagine!"

Despite a hectic work schedule, flokers can still often be found at her SL studio, where she draws and paints her friends: capturing the "inner persona" that is shining through that digital extension of the avatar and trying to find the essence of who we are, the true self beyond label, stereotype and stigma.

Her studio in Second Life 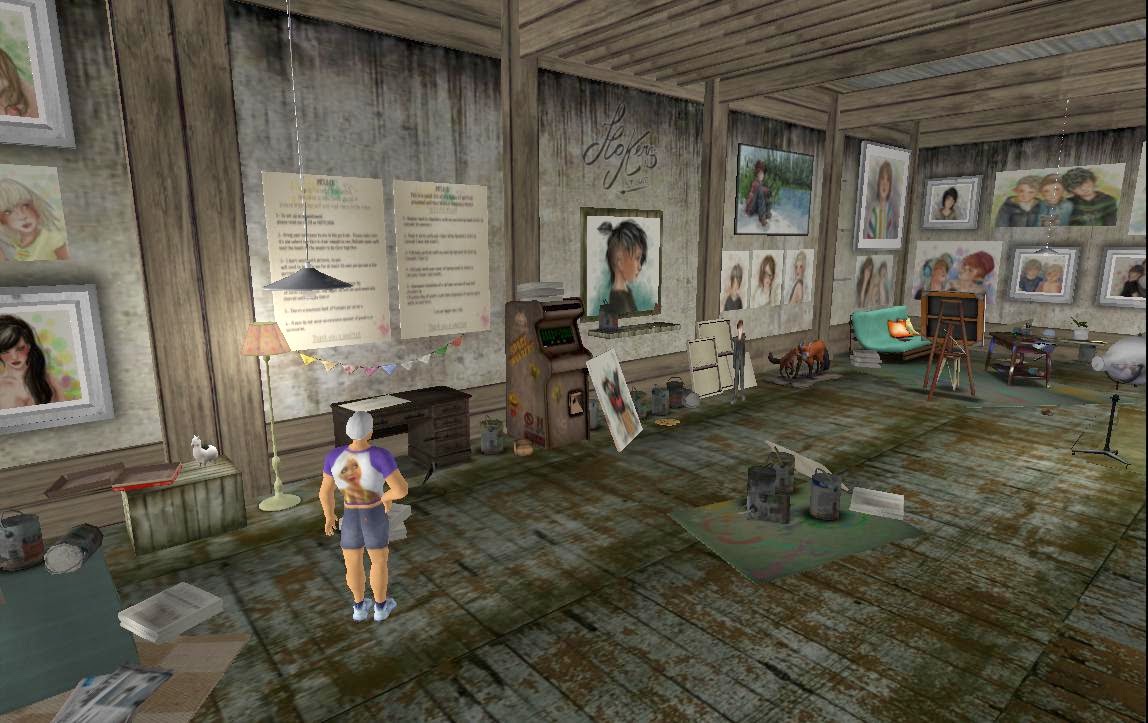 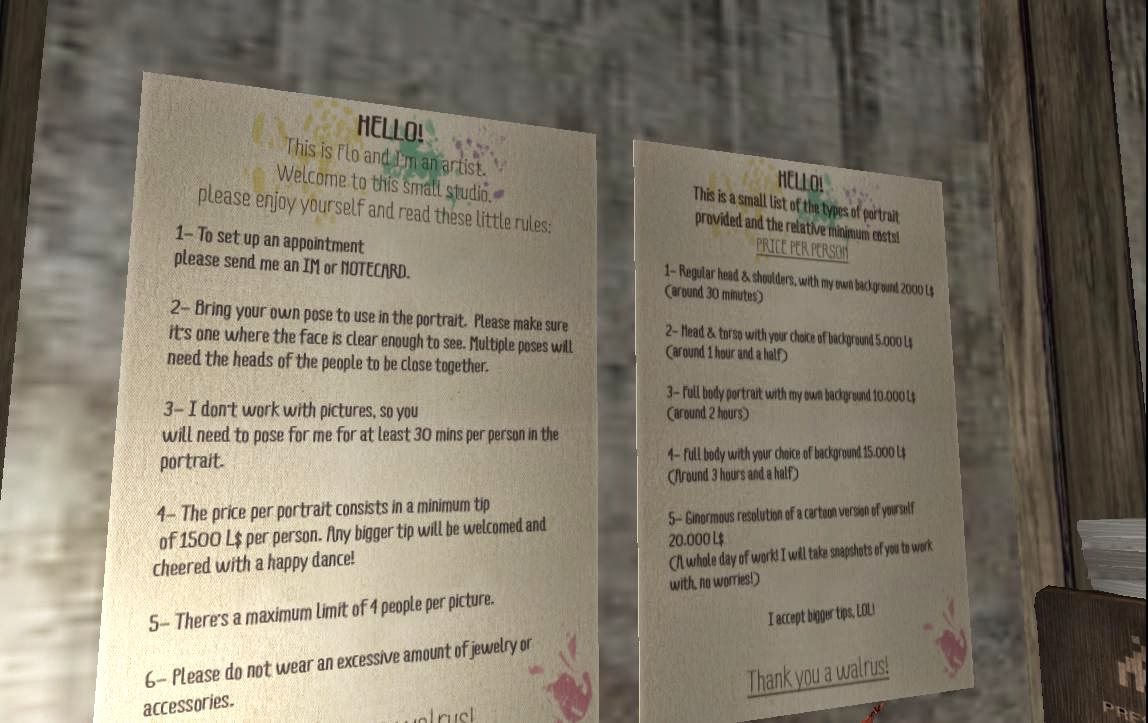