A story from history.  With no ending from history.  Some of the scene rendered here. More to show.  A call for detectives.  Interactive fiction, storybuilding Of interest to writers, historians, journalism teachers, educators, and mystery fans. 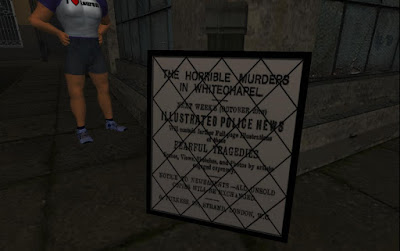 -
Frederick George Abberline
(Inspector First Class)
Metropolitan Police (H Division)
Whitechapel
London E1
-
Police Memorandum:
Re: Whitechapel Murders
-
Dear colleagues… I need your help!!
-
As most of you must now by now, Whitechapel has recently been the location for a series of gruesome murders.
-
The victims, five local prostitutes, have been found with their throats cut, abdominal mutilations, and sometimes with the removal of internal organs.
-
The unidentified killer has subsequently made himself known to the police, following the receipt of a two-part letter from someone claiming to be the murderer and calling himself “Jack the Ripper”.
Unfortunately both parts of the letter have since mysteriously gone missing.
-
Thankfully, following preliminary inquiries, we are now in a position to publish an “official suspects list” with respect to the murders of the five unfortunate women.
-
All our efforts must now be put into a thorough investigation, eliminating the innocent individuals on this list, and hopefully discover the identity of “Jack”.
-
May I suggest we start by visiting each of the crime scenes, and also locating the residences of those on the list?
In addition, if the whereabouts of the two-part letter can be determined, it may prove key to any future arrests.

Finally, there is also a report that our man “Jack” has written something on a wall in Goulston Street, which if true will definitely not help the current religious tensions in Whitechapel.  The graffiti needs to be verified, logged and then covered up in some way.

More information on the five murders, and also a copy of the suspects list can be found at Whitechapel Police Station. 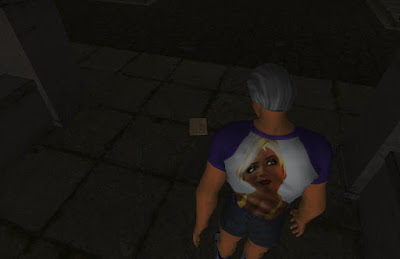 I found something on the walk
-
- 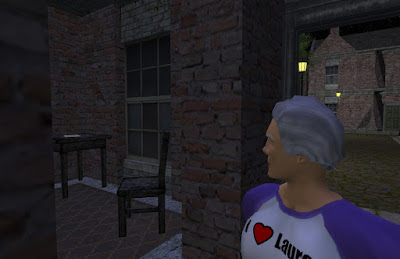 It's just three days after the murder of Mary Jane Kelly, the alleged fifth victim of the Whitechapel murderer, now widely known as "Jack the Ripper" or "Leather Apron".

Whitechapel is in lockdown... the streets and alleys are empty and silent... or are they?

Although Whitechapel has seen multiple women murdered during the time of the "Ripper’s" reign, there are five victims that stand apart from the rest. The Canonical Five, as they are known, are believed to have all been murdered by the same hand. All five victims, prostitutes of the East End, shared distinct and similar wounds, as well as postmortem organ removal and mutilations in some cases. Other victims in the Whitechapel Murders investigation have been brutally murdered as well, but none were carried out with the same precision and methodology as the Canonical Five.

These five victims have all killed under cover of darkness, typically in the early morning hours. All of these murders have also occurred on a weekend, or within a few days, before and after, of the end of the month.

The body of Mary Ann “Polly” Nichols was discovered in the early morning hours of August 31, 1888, at about 3:40am. Her body was found on Buck’s Row, Whitechapel. Her throat had been deeply severed in two locations and her lower abdomen partially ripped open by a deep, jagged wound. The killer had also made several other incisions in her abdomen with the same knife.

A witness had reported seeing Annie Chapman talking with a man outside a house at the end of Hanbury Street, at 5:30am the morning of her murder. Approximately twenty minutes later, her badly mutilated body was found near a doorway in the back yard. Her throat had been cut much in the same manner as was Mary Ann Nichols’ and her abdomen slashed entirely open. A later autopsy revealed that the killer had removed her uterus.

The Ripper would claim two victims in the early morning hours of September 30, 1888; the first of which was Elizabeth Stride. Her body was discovered in Dutfield’s Yard, off Berner Street, at approximately 1am. The killer had cut her throat, severing her left artery, yet no other slashes or incisions had been made.
- 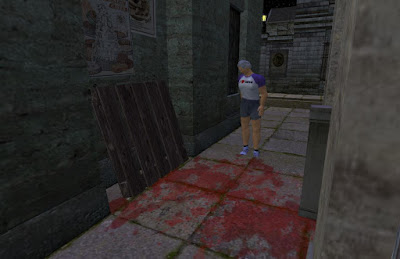 Elizabeth Stride died here
-
Because of the absence of abdominal mutilations, there has been some doubt as to whether or not Stride was in fact killed by Jack the Ripper. However, most experts agree that Stride was murdered by the same killer due to the nature in which her throat had been cut.
-
It’s also believed that the reason Stride had not been mutilated like the others, was due to an interruption of some sort. It’s possible the killer feared he was in jeopardy of being detected by nearby witnesses, and elected to flee before finishing his ritual.

Forty five minutes after Stride’s body was found in Dutfield’s Yard, Eddowes’ body was discovered in Mitre Square. Eddowes’ throat had been severed and her abdomen torn open with a deep, jagged wound. Her left kidney had been removed, along with a major portion of her uterus.
-
The Stride and Eddowes murders have since been referred to as the “Double Event“.

Mary Jane Kelly’s murder was the most gruesome of all the Whitechapel Murders. She was found horribly mutilated, lying on the bed in her single room flat where she lived at Miller’s Court, at the end of Dorset Street. She was discovered at 10:45am on the morning of Friday, November 9, 1888.
- 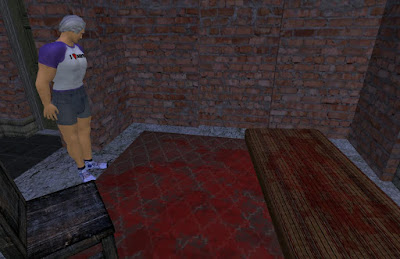 
-
The landlord’s assistant, Thomas Bowyer, had been sent over to collect the rent, which she had been weeks behind in paying. When she didn’t answer his knock at the door, Bowyer reach his hand through a crack in the window, pushing aside a coat being used as makeshift drapery. What he saw at that moment was absolutely horrific.
-
Kelly’s body was mutilated beyond recognition. Her entire abdominal cavity had been emptied out, her breasts cut off, and her viscera had been deliberately placed beneath her head and on the bedside table. Kelly’s face had been hacked away and her heart removed, which was also absent from the crime scene. Kelly’s murder was by far the most grisly and ritualistic of all.
-
Whitechapel... Monday, November 12, 1888... three days after the murder of Mary Jane Kelly...

Can you help the police?

Can you solve the case?

Can you discover the identity of "Jack"?

But... take care... Whitechapel is not a safe place to be at the moment!!

Educators:  This topic is of only minor educational interest.  Could you produce another scene-scanario of more educational importance?

The Hypergrid WIP is a one hour "show & tell" of works in progress or recently completed. All builders from beginner to pro are invited.  Presentations are in voice and text.  For text presentations, best bring the text in a notecard and paste it into chat.  Voice presentations may be captured in video.  Stills and videos from the show may appear in this blog.

Depending on your interests