A discussion about the future of OpenSim (and hypergrid) software is emerging in the OpenSim community.  In this article, I gather some viewpoints and information.  I also cite some suggested future steps. 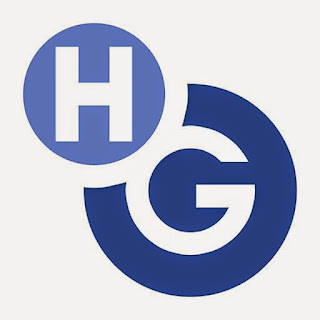 -
New Media Arts (NMA) interested in stimulating the development of OpenSimulator software.  NMA is a non-profit corporation in the US. It can receive (and account for) US Tax deductible donations.
-
I will lead the initial information-gathering effort, using OpenSim Virtual and this blog to gather, archive, and organize suggestions and suggested plans.  I will use this blog as the primary archive for now--G+ groups are not easy to search for past contents.
-
If you have organized information, recommendations, plans or the like, I would be interested in presenting that as an invited article on my blog.  Material on the blog can be found by Google search or by Search on Site (Chrome browser)--in the upper left corner of any page.

Some comments by Maria Korolov

I agree that anyone doing dev needs a credible plan.  Having said that I am not so sure the core devs are the right ones to have to satisfy with that.  There is a seemingly growing gap between the devs and the greater community that actually use OpenSim for so many different things.
- While I certainly do not discount the great work that has been done in OpenSim, much of it has not been done with the greater community in mind.  By the devs' own admission they work on this as a hobby and do what they want for their own objectives.  Often there has been an apparent tendency to discount comments from the users and even testers as to where things should go or what is really wrong.
- There is no roadmap or even general set of objectives that are aligned with the community as a whole.  I for one would like to see a group of actual OpenSim users and creators, as an organized committee, that help to advise and steer development based on what is best for the entire OpenSim community as a whole.
- I see a great deal of potential in OpenSim but like many grow increasingly concerned with its direction, or more correctly lack of. I see many long standing bugs and issues that directly impact everyone's overall user experience, most of which are simply ignored as devs move on to shiny new features that often create new bugs and/or make fixing the core issues more difficult.  The foundation IMHO needs to be cleaned up and issues fixed based on their impact on the overall user experience for the community as a whole.
-
My intention is not to start a blame war, but rather to point out that trying to judge the merits of any given project related to OpenSim really needs to have be reviewed at many levels and from differing points of reference.
***************************

I have to agree with +Seth Nygard too and I think many of us would be willing to support an Opensim user group that takes the views of the end-users more seriously and agrees on practical ways in which we can help push the project forward, including financially. We've had good responses to crowd-funding proposals in the past when the community got behind something that many people wanted to see in core but I also think that unless some of the developers that can actually make things happen take part then I'm not sure it would achieve much of what the community wants.
-
My experience is that there has never been much meeting of minds between developers and community and yet some of the developers have tried. But the fact remains, as +Seth Nygard points out, many developers treat Opensim as a hobby or, from what I've seen, to further their academic interests. Some don't like the commercial interest that many end-users put the application to and, I have to say, more than a few end-users themselves don't like the commercial use of Opensim at all, not even the making of money from selling virtual products. So, in my view, a support group needs to have a clear idea what it is about and wants to achieve.
-
A Road Map would be great and perhaps a new support group should propose a map right from the start so people have some idea what they are being asked to support. Will it include commercial considerations or be totally community focused? Will it call for narrowly focused development or broad objectives that might benefit all sides of the community. Certainly, I think it likely that support for the commercial aspect could see more money made available and more money might encourage new developers to get involved.﻿
*************************************

Radio in the virtual world