Sometimes a persistent bug/defect is noted and the source is not immediately obvious.  No one can investigate a problem unless it can be replicated.  This becomes a greater problem if the defect is intermittent.  In such cases, the IMA TestWG may be able to create a test object and test protocol to support investigation of the problem. 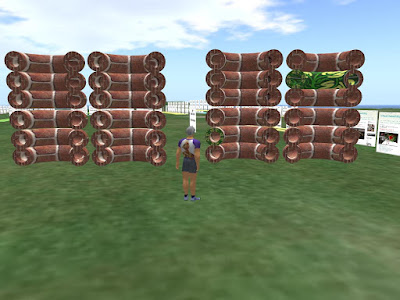 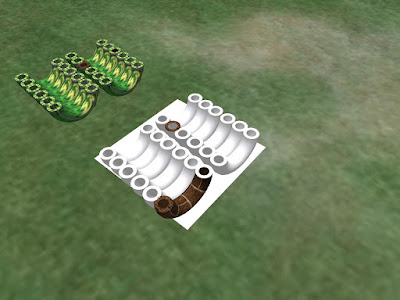 We have discussed this problem in the Kitely meetings.  Since I am forming an IMA Test Working Group, I am investigating this problem.  I made a test object that can reliably demonstrate  the effect.  With that object, I can investigate the conditions under which it occurs.
-
This investigation is informal at this stage, meaning that I am not getting full details off the test results.  I am just seeking answers to the initial questions raised by the issue.
-
1. Is this problem limited to Kitely?
2. Does this effect appear in SL?
3. Is this a viewer fault?
4. Does the effect persist in the object across copies and after take and rez?
5. Can we find any OpenSim grids where this problem does not appear?

6.  Other questions of possible interest:

Texture test run in IMA Halcyon Test Grid with no problems. Using Firestormx64 5.0.1 Halcyon 0.9.34. Textures changed as fast as I could click on them with all faces changing at the same visual instant. Halcyon uses a different process for texture processing than OpenSim does. It is much faster.
********
Terry Ford  June 15, 2017 at 6:24 PM

I have never specifically addressed this issue in our code (DigiWorldz and grids hosted by DigiWorldz), but I suspect either one of our other code "tweaks".. or a configuration setting is the reason our code seems unaffected.

I do not know of a specific "Fix" I have done which addressed this issue.

I would be curious on your findings regarding each.

Of those listed, only Origins Virtual World is running 9.x code.. all others are running 8.x code.

If you test on Origins and the bug is not present, I would suspect a configuration setting, or Hardware/OS specific issue as all of our grids user Windows Server 2012 R2. Do you know if any of the other grids you've tested on were running Windows?

Reply:
Thanks for your suggestions. One of my volunteers did test it on Digiworldz and found that no fail was observed there. I have not gotten any results from the other grids and will look into some of them.  I have not been getting the info regarding Windows Server

I hear informally, however, that Ubit may have found a fix for OS 0.9.
Clarification: A fix need not guarantee that it never happens. A fix is adequate if it reduces the frequency of failure enough so that it does not interfere with building by content creators