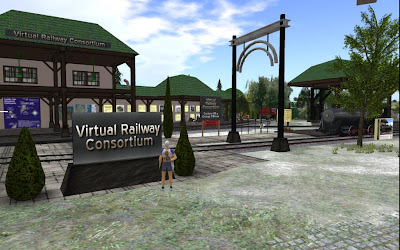 VRC Headquarters
-
Virtual Reality is a growing option for model railroading.  And for everyone interested in railroads, railways, locomotives, or travel in general.   The  Virtual Railway Consortium (VRC)  is made up of people like that.   Home base for the VRC is Second Life, a large and well developed virtual world. 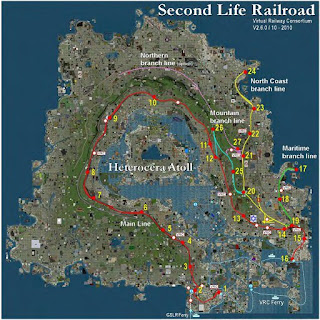 -
Here is detailed information about the rail service on Heterocera:
http://wiki.secondlife.com/wiki/Virtual_Railway_Consortium/SLRR_Stations